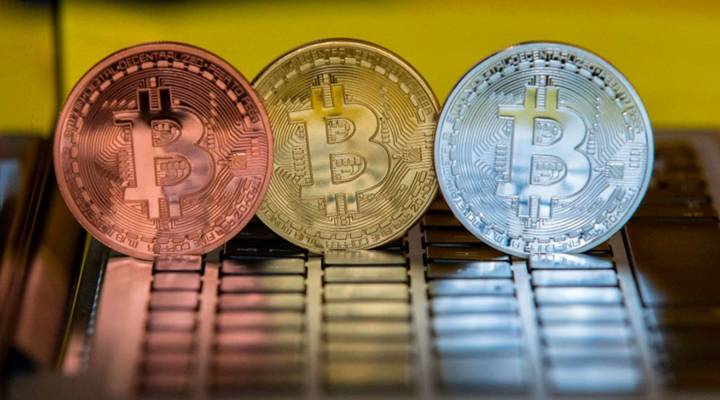 Buying and selling with cryptocurrencies is hard. Every time you make a transaction, it’s recorded in the blockchain, a digital ledger. That takes up a lot of resources, such as hard drive space. But a new technology called the Lightning Network could offer a way to speed up the process. It’s a huge change in how cryptocurrencies could work. Marketplace Tech host Molly Wood spoke about it with Timothy Lee, a reporter at the tech news site Ars Technica. The following is an edited transcript of their conversation.

Timothy Lee: The way that bitcoin works is conceptually very simple, which is just that when you make a payment, you tell everybody else on the network that that payment happened, and then they all make a copy of that record that you made that payment. And if you think about trying to scale that up to a planet that has billions of people on it, that’s just obviously not going to work. It just generates a lot of data. You know, there’s millions or billions of transactions made every day around the world. And if you try to do that in bitcoin, everybody will have to have a massive hard drive.

Molly Wood: So let’s say you’re a food truck and you start taking these payments over the Lightning Network, and then at the end of the month when you do your basic ledger work you would just post the amount of bitcoin that you took in and spent as a number as opposed to, like, a thousand transactions.

Lee: Yes, exactly. So this is a good example. Right now there is a bitcoin transaction every time a customer pays you, and so with transaction fees being high for the bitcoin network, you can pay a lot of money to accept these payments. With the Lightning Network, what would happen is you would have a payment channel, and say you had a thousand transactions over the course of the month, the Lightning Network would kind of automatically aggregate all of those at the end of the month. You would just get one transaction on the blockchain that’s the sum of all of the payments that you received.

Wood: On a scale of 1 to 10, I mean, people seem pretty excited about this. You described it as what the World Wide Web was to the internet. Like the layer that makes it actually accessible to normal humans. Where do you put this? How big a deal is it?

Lee: Within the bitcoin world, this is probably the biggest thing that has happened to bitcoin since bitcoin was created. It’s, I think, the most creative and potentially transformative change people have made to the bitcoin network. I still think there’s a larger question about is bitcoin in general going to be a really important part of the world economy? I mean, there’s still obvious issues, like you’re still using bitcoins, which have a very unstable value, and that doesn’t change that at all. And so if you’re a skeptical of bitcoin for those kinds of reasons that you just don’t think that cryptocurrency in general is very useful, this particular innovation may or may not change that.