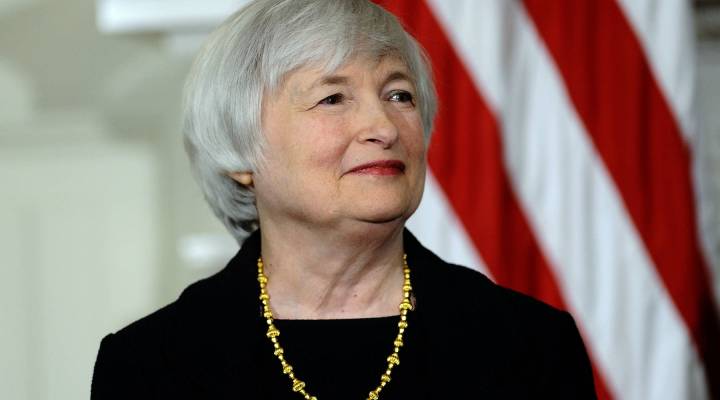 On Monday morning, Jerome Powell, better known as Jay, will be sworn in as the next chairman of the Federal Reserve, picking up the reins from arguably the most powerful woman in the world and one who has led the Fed since 2014 — Janet Yellen.

Yellen has not only led the Fed — the first woman to do so — but has also picked up a few other things there, like her husband, Nobel Prize winner George Akerlof. He was on a temporary Fed assignment when they met in 1977.

Yellen’s speeches and testimony were never barn burners, but her hand on the economic tiller and often-repeated mantra that the Fed’s moves were dependent on data, brought an era of steadiness to the central bank. When Yellen began her term, unemployment was at 6.7 percent. Now it’s at 4.1 percent and inflation has stayed low.

In her last press conference in December, Yellen was asked by Heather Long of the Washington Post about what she would say to women and minorities about finding opportunity in economics, to which she replied:

“I will just say, from my own experience, I think economics is a terrific field. I think also a greater diversity, more women and minorities, may change the focus to some extent of the questions that people choose to look at and the analysis that they bring and a range of thinking that bears on research. And all of that would be a healthy development.”

Click the audio player above to listen to Lizzie O’Leary’s audio essay.