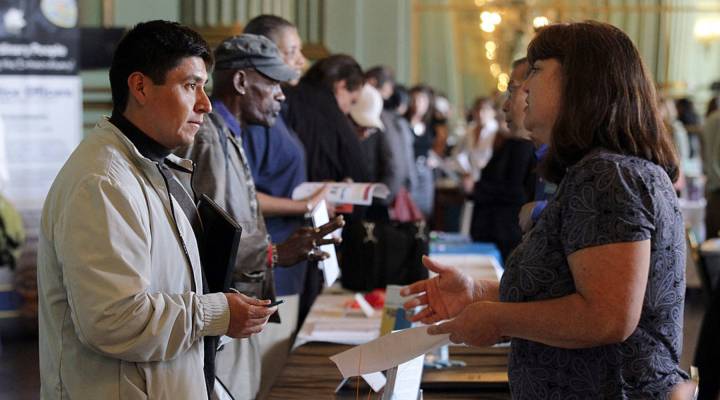 WASHINGTON (AP) — U.S. employers added a robust 200,000 jobs in January, and wages rose at the fastest pace in more than eight years, evidence of a consistently healthy job market.

The unemployment rate remained 4.1 percent for a fourth straight month, the lowest level since 2000, the Labor Department said in its monthly jobs report Friday.

“For 2018, 150,000 jobs-per-month is sustainable,” Mike Baele, managing director for U.S. Bank Wealth Management, told Marketplace in an interview. “As you get down below 4 percent unemployment, workers become harder and harder to find, and we are hearing about labor shortages in some industries.”

The figures point to an economy on strong footing even in its ninth year of expansion, fueled by global economic growth and steady consumer spending at home.

The pickup in hourly wages, along with a recent uptick in inflation, may make it more likely that the Federal Reserve will raise short-term interest rates more quickly in the coming months.

Average hourly pay rose 9 cents in January to $26.74, after an even bigger increase in December. Compared with 12 months earlier, wages rose 2.9 percent, the biggest gain since the recession ended eight years ago.

“The participation rate has been relatively low in the last couple of years. So higher wages are certainly one thing that employers can do. We think we’ll see more investment in property, plant and equipment; trying to get more with the workers you have; increasing technology,” Baele said. “Finally, in the fourth quarter of 2017 most workers worked longer hours. So you can just have your current workforce work a little bit more.”

Weak wage growth has been one of the economy’s most persistent shortcomings for nearly a decade. But with fewer workers to hire, employers are being forced to raise pay. Some of January’s increase reflects one-time increases, such as the minimum wage hikes in some states.

Most other recent economic data have also been encouraging. Factories, for example, expanded rapidly in January, according to a survey of purchasing managers, in part because a weaker U.S. dollar and solid growth overseas have boosted U.S. exports.

And many Americans appear confident enough to buy homes: Sales of existing houses reached their highest level in 11 years in 2017. At the same time, would-be buyers are struggling to find suitable homes because so few properties are available for sale. The demand for housing helped lift home building in 2017 to its fastest pace in a decade. Construction companies added 210,000 jobs last year, the most in two years.