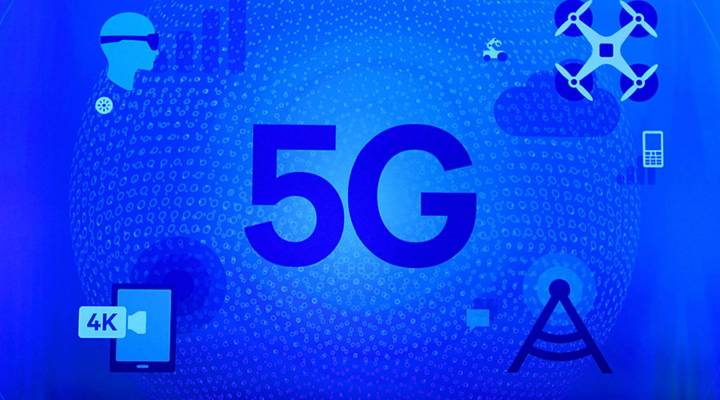 Earlier this week there was a brief kerfuffle over whether the American government should pay to build the next generation of wireless, known as 5G, so that China doesn’t beat us to the punch. The Federal Communications Commission came forward and said, no, the government would not nationalize 5G. But it made us wonder: Is the U.S. in danger of being left behind? And is public worry about cell towers holding up the deployment? Marketplace Tech host Molly Wood talks with Sundeep Rangan, director of the research center NYU Wireless and a professor of electrical engineering. The following is an edited transcript of their conversation.

Molly Wood: Are there any industries in particular that are really waiting for 5G? We often hear it mentioned in conjunction with autonomous cars. Are there certain industries that it will benefit more than others?

Sundeep Rangan: You could imagine a fairly revolutionary change to the way we communicate. Most of our communication now is email or voice. But if you had the right bandwidth combined with the right headgears and virtual reality technology, you could imagine people interacting in very different and much more rich ways.

Wood: So you’re saying if we had enough bandwidth, we would just stream our avatars to each other using our mobile devices?

Rangan: Yeah, there’s all sorts of crazy things that people are developing today where you could place on virtual reality goggles, and then both you and the person you’re communicating with could go into a virtual space, and your avatars would be communicating. Depending on how much sensory equipment you have, you could have a much richer, almost a feeling of being right there with them. I mention to people — anybody who’s been in a business meeting, on the phone — just how disappointing that conversation is. People spend a lot of money on travel just for that one-on-one experience because we’ve just not been able to reproduce that. We could see a really big improvement.

Wood: It does seem like, so far at least, there’s been a lot of talk about these networks and not a ton of build-out. We’re certainly not seeing billion-dollar line items in Verizon or Comcast’s publicly available 2019 budgets. What is that business case, and do you think it’s likely to appear?

Rangan: If you look at the history of any of the generations of technology, they go through a long period of development in labs, and this has actually gone quite quickly in that period. We’re going into the period now of trials. For example, both Verizon and AT&T are having fairly extensive trials. I think the realistic time frame that we would be thinking about is probably devices in consumers’ hands in the 2020 time frame and around that period.

Wood: I feel like we just keep getting promised more bandwidth, though, and now we have bandwidth caps at home, and there’s data caps here and there, and sort of pseudo-unlimited. Is the technology so good that it can overcome the kind of basic physical infrastructure problems that are still creating last-mile issues and data-transfer issues?

Rangan: In cases. FiveG would allow higher bandwidth. The question is really how uniform you’ll be able to get that bandwidth experience.

Wood: So you need a greater antenna density than, say, 4G?

Rangan: Probably. And there’s other logistical issues about that, in terms of acquiring sites.

Wood: And is it also that people don’t want more antennas in their neighborhood? I still see things pop up in NextDoor — nobody wants a cell tower. I mean, we’re still having to have those conversations.

Rangan: Yeah, definitely. So the cell density is a big issue for all the components of 5G. Cell density just means basically the number of cell towers per area. And the political and real estate acquisition issues are definitely one issue about that. It’s also — a lot of the other fundamental infrastructure that goes behind the cellular network is harder to deploy in the United States, because it’s a much more sparsely populated country, if you compare it to, say, Korea, or something like that.