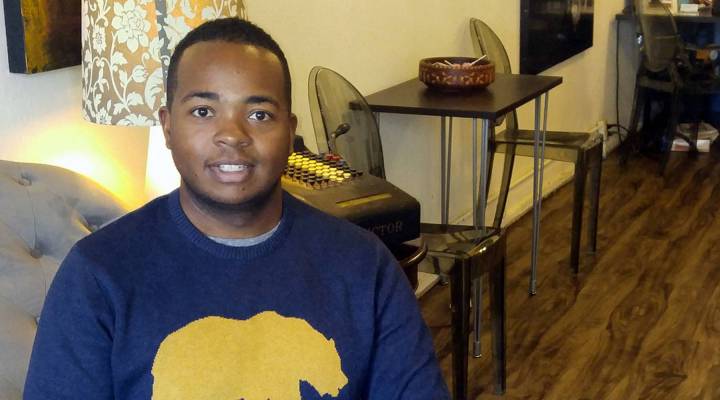 COPY
William Godwin in his office in the Miller Beach section of Gary, Indiana. Natalie Moore/Marketplace

For years, William Godwin toggled back and forth between Chicago and Gary, Indiana. In 2016, the 32-year-old black business owner decided to move full time to the quaint and artsy neighborhood of Miller Beach, a lakefront area in Gary.

“The benefits of living here are the affordability. The slower lifestyle, the ease of getting around,” Godwin said.

Northwest Indiana is the place where most blacks from Cook County are moving. The Illinois county has the largest black population in the country, but over the past decade, some of those residents have been leaving. The latest U.S. Census shows that more than 12,000 African-Americans moved out of the area in 2016.

Godwin still does business in Chicago but has moved his real estate agency for a cheaper rent of $500 a month. Chicago residents sometimes drive to Indiana for cheaper gas, cigarettes and no taxes on items like plastic shopping bags.

“What’s happening is a lot of Chicagoans are seeing the value of Indiana, and it’s not this foreign country,” Godwin said.

Alden Loury, director of research and evaluation for the local Metropolitan Planning Council, has done research showing that many black families are moving to Northwest Indiana. He said people are leaving for a host of reasons. Although black Chicagoans account for about 29 percent of the city’s population, they make up 52 percent of the city’s unemployed, according to a recent study.

“What’s happening with the schools, what’s happening in the stagnant job market for black folks. And what happened with housing,” Loury said, adding that most leaving are low income. There are groups working on reversing that trend.

The Greater Chatham Initiative is a new nonprofit looking at housing stability and economic development in black middle-class neighborhoods. Black families are snapping up rehabbed houses — the kind that have open concepts, snazzy kitchens and elements featured on HGTV. So one of the things the group is paying attention to is the housing stock, said Nedra Sims Fears, the nonprofit’s executive director.