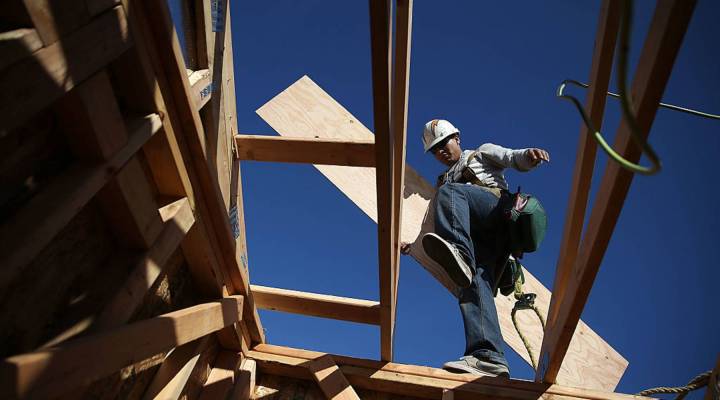 WASHINGTON (AP) — The U.S. economy grew at a solid rate of 2.6 percent in the final three months of last year, helped by the fastest consumer spending since the spring of 2016 and a big rebound in home construction.

The fourth quarter advance in the gross domestic product, the country’s total output of goods and services, followed gains of just above 3 percent in the second and third quarters, the Commerce Department reported Friday. The latest slowdown reflected a worsening trade deficit and less growth in inventory restocking by companies.

For all of 2017, the economy grew 2.3 percent. That is a significant improvement from a 1.5 percent gain in 2016 but little changed from the modest 2.2 percent average growth rate turned in since the Great Recession ended.

Economists are looking for even better growth this year, propelled by the $1.5 trillion tax cut that President Donald Trump pushed through Congress in December. The Trump administration contends that its economic program of tax cuts, deregulation and tougher enforcement of trade laws will lift economic growth to sustained rates of 3 percent or better in coming years. In the 8 1/2 years of the current recovery, the growth rate has averaged 2.2 percent, the weakest expansion since the end of World War II.

Trump has said his tax plan will serve as “rocket fuel” for the economy by prompting Americans to spend more and businesses to step up investment.

Economists, however, believe the growth spurt will be short-lived. They are forecasting GDP this year will be boosted by around 0.4 percentage points by the tax cuts and roughly 0.2 percentage points in 2019. Beyond that, many analysts believe rising interest rates will drag growth back down to around 2.2 percent.

“Deficit-financed tax cuts will provide some near-term juice to the economy but it will prove to be temporary because we are already at full employment and the Federal Reserve will respond by raising interest rates move aggressively,” said Mark Zandi, chief economist at Moody’s Analytics.

The 2.6 percent GDP gain in the fourth quarter was slightly below economists’ 2.8 percent consensus forecast.

Growth was spurred by a 3.8 percent surge in spending by consumers, who account for 70 percent of economic activity. That was up from a 2.2 percent rise in the third quarter and was the fastest quarterly advance since the spring of 2016.

Business investment in new plants and equipment was also strong, rising at a 6.8 percent rate in the fourth quarter, while spending on home construction surged at a rate of 11.6 percent after two quarters of declines.

The areas of strength were offset somewhat by a big increase in the country’s trade deficit, which subtracted 1.1 percentage points from growth, and a slowdown in business spending to restock their inventories, which trimmed growth by 0.7 percentage point.