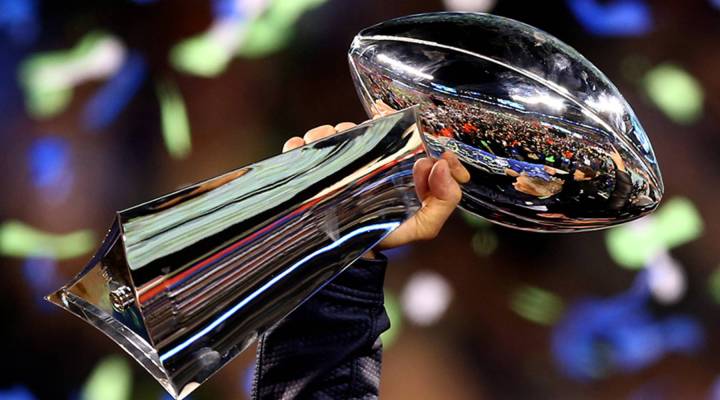 The Philadelphia Eagles take on the New England Patriots in Super Bowl LII Feb. 4. Aside from the copious consumption of wings, chips and beer at Super Bowl watching parties, it’s big business. Andrew Zimbalist, a sports economist at Smith College in Northampton, Massachusetts, has this week’s “five things you need to know.”

1. People love the Super Bowl. But is football as popular as it once was?
Everybody does love the Super Bowl, and it’s probably as prominent culturally as Thanksgiving dinner. However, the popularity of football seems to be waning in the United States. Two years ago, NFL television ratings fell 8 percent. Some football optimists attributed the decline to competition from the U.S. presidential election year. However, in 2017, without an election, regular season ratings dipped another 9.7 percent. And in the division championship this year, the games were down 16 percent in ratings.

2. But this is the Super Bowl we’re talking about and plenty of TVs are expected to be tuned in
Fans leakage notwithstanding, it is anticipated that more than 100 million Americans are expected to tune in to watch the Patriots and the Eagles play. A lot of people watch for the halftime show. It sort of takes over your household on Super Bowl Sunday.

3. It’s not just about the game. Lots of people also watch the ads, which are expensive.
Any company that wants to have a 30-second ad spot during the game will pay an average of over $5.1 million. That’s slightly above where it was last year. And on top of that, of course, the companies have to pay to produce the ads themselves, which adds several million more dollars.

And do those ads pay off?

Well, you know what, they keep doing it. So it suggests that at least for certain kinds of companies, companies that are selling certain types of consumer products or companies that are in a growth spurt and are pushing to make their product better known, they seem to benefit from this point.

5. One cannot expect a substantial economic impact.
All of the empirical, all of the scholarly evidence suggests otherwise for Southern cities that host the Super Bowl. What happens is Super Bowl fans come to town, but they displace all of the visitors who were there to play golf or to play tennis or to go swimming or to go fishing. So there’s no net gain in visitors from Minneapolis, not a vacation hot spot in early February, there will probably be a net gain in hotel capacity utilization, but  non-football fans will vacate the Twin Cities to avoid the traffic in the commotion. Local businesses will be disrupted by the downtown city streets dedicated to producing so-called NFL experience, and the NFL requires its events to be exempt from local sales taxes. Put it all together, and Minneapolis will experience very little economic boost, perhaps on the order of $10 million or $20 million if you’re lucky.