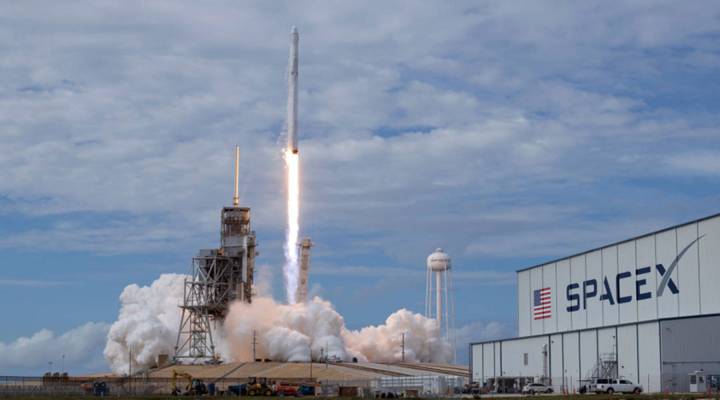 COPY
In this NASA handout, the SpaceX Falcon 9 rocket, with the Dragon spacecraft on board, launches at Kennedy Space Center in Cape Canaveral, Florida, on June 3, 2017. Bill Ingalls/NASA via Getty Images
Marketplace Tech Blogs

In this NASA handout, the SpaceX Falcon 9 rocket, with the Dragon spacecraft on board, launches at Kennedy Space Center in Cape Canaveral, Florida, on June 3, 2017. Bill Ingalls/NASA via Getty Images
Listen Now

The federal government is back open today after a shutdown that lasted just three days. But the budget impasse is not over — this could all start again in about three weeks, when the short-term spending bill expires.

And that uncertainty puts strain on science and tech agencies like the National Institutes of Health, NASA, the Centers for Disease Control and Prevention, and the National Oceanic and Atmospheric Administration.

It even hurts private-public partnerships. During this weekend’s shutdown, SpaceX had to delay a test fire of its newest rocket.

What are the long-term effects of government uncertainty on a country’s ability to innovate? Marketplace Tech host Molly Wood talks with Nicol Turner-Lee, a fellow at the Center for Technology Innovation at the Brookings Institution. Below is an edited transcript of their conversation.

Nicol Turner-Lee: When you look at innovation, we’re not going deeper under the surface of what impact the shutdown will actually have on current projects that are really pushing out science, technology, biomedical engineering — areas that require research and development, where people are going to be able invest, if projects are going to be able to continue. We’ve already heard with the SpaceX program that they cannot launch the new Falcon project without the U.S. Air Force personnel being available to help them with that.

Wood: Yeah. So what happens if the government reopens this week, it shuts down again in three weeks? The SpaceX launch as just one example: Will they hold off on that until they see whether there’s a deal again in February?

Turner-Lee: I mean, our hope is that they won’t, right? Because innovation moves at the speed of light, and light moves very quickly. We can’t often calculate how long it’s actually going to take. People have, for months, planned for conferences that they’re going to go to. You’ve got papers that have to come out. We’re in the middle of a flu epidemic. I can’t tell you what’s going to happen with this off-on mentality that we’re sort of putting in front of these government agencies. But it may not be pretty when we’re trying to recover the losses.

Turner-Lee: I don’t know. I don’t think I would want all of my R&D dependent on private-sector partnerships for a public-interest cause. We really have to sit back and say: The government shutdown means a lot to the continuous nature of our society, and what people have come to expect when it comes to innovation, when it comes to general efficiency, when it comes to our everyday lives. I was here for 2013. It wasn’t a pretty sight. We lost a lot of money. All these plans — there are cities that are dependent on the funding that’s coming out of government to create more innovative cities and smart services. They can’t do that, either.

Wood: As America tries to maintain its leadership in the innovation economy, what does it mean long term when our government just isn’t functioning very well?

Turner-Lee: We’ve got to come up with a very specific plan to maintain some consistency in our government and to understand the co-dependence of all of these actors in the type of society that we have built and we want to continue to build. This is not an on-and-off switch for those things that are important to the creation of ideas and the circulation of the ideas marketplace. And I think that’s the part that we keep missing. That keeps becoming pawned in this whole debate. 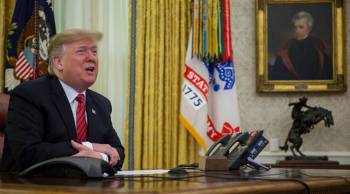