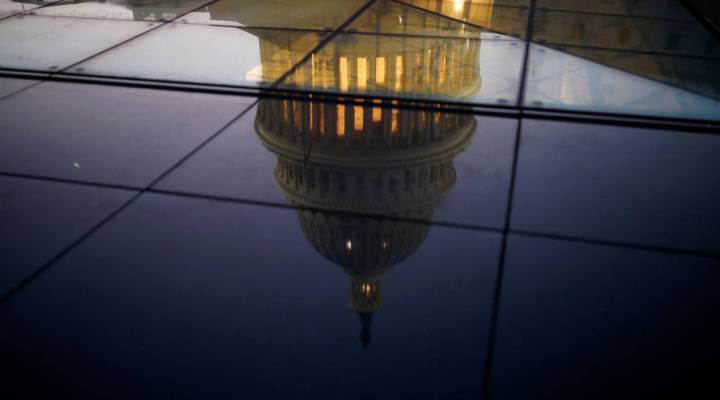 COPY
The U.S. Capitol is seen reflected in the windows of the Capitol Visitors Center as lawmakers work to avert a government shutdown January 19, 2018 in Washington, D.C. Aaron P. Bernstein/Getty Images

The U.S. Capitol is seen reflected in the windows of the Capitol Visitors Center as lawmakers work to avert a government shutdown January 19, 2018 in Washington, D.C. Aaron P. Bernstein/Getty Images
Listen Now

The last government shutdown five years ago cost the U.S. economy an estimated $20 billion, according to Moody’s Analytics. So you’d think the markets would be a bit on edge. But this time around, there’s much less concern.

So what impact could the shutdown have on markets? Not much, said Marilyn Cohen, president of Envision Capital. She manages bond investments.

“It’s going to be a nonevent,” she said.

Markets are in a good place right now — strong growth, strong earnings, big corporate tax cuts — and investors aren’t feeling a buzzkill just yet. This is one reason why Cohen is saying this whole thing is a nothing burger for markets.

A government shutdown does not mean all the things the government does would stop; the military would keep fighting, Social Security checks would still go out. What it does mean is that nonessential workers don’t go to work and don’t get paid, parks would close, small business loan offices would close, passport offices close. But federal employees get paid retroactively when the government is functioning again.

This shutdown isn’t connected to the debt ceiling; it’s not a question right now of whether the government can pay its bills or debts to investors. So those investors are not worried about that right now.

While some people may decide to move their money around, all indications are that the market won’t be particularly moved by a government shutdown.