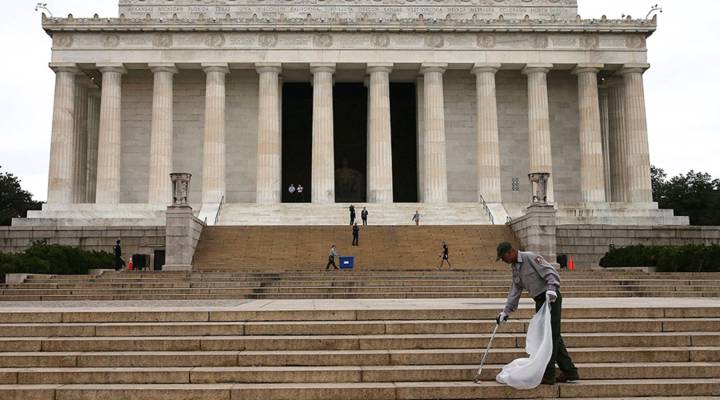 During the last government shutdown, in 2013, garbage piled up in parts of Washington, D.C. The city’s budget was frozen because it was tied to the federal government. Washington was only able to function by dipping into its emergency reserves. It won’t be doing that again.

“We have an exemption for our local funds during the shutdown,” said Jenny Reed, director of D.C.’s Office of Budget and Performance Management.

Reed said if there’s another shutdown, Washington will be able to access revenues from local taxes. That’ll be enough to keep services like trash collection going, she said.

“It doesn’t matter if the next block is owned by the federal government or the District,” she explained. “The trash is going to be picked up, no matter what.”

That is including national parks in Washington, which, having learned a lesson from last time, the Interior Department will keep open, for the most part.

Government contractors have also gotten wiser since the last shutdown, when they didn’t get paid. The thinking now?

“Accelerate your invoices and get them in before the shutdown occurs so those invoices can be accepted for payment,” said David Berteau, CEO of the Professional Services Council, a trade group for contractors.

Of course, there needs to be someone in government to sign off on those payments. The uncertainty can be especially hard for contractors who aren’t considered essential.

“Those federal contractors would be at high risk of not getting paid because those are some of the easiest things to not do during a shutdown,” said Matt Bennett of the think tank Third Way.

Bennett said if a shutdown lasts more than a few weeks, that can cause big cash flow problems for contractors.