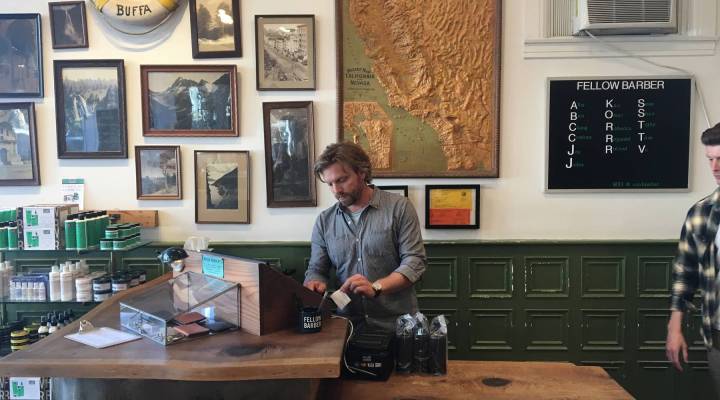 Male grooming is in.

To capitalize on the trend, new high-end male grooming salons and barbershops are popping up in cities around the country. Men are shelling out at these places to get everything from a haircut and a shave to a wax and mani-pedi — or rather, “hand and foot detailing.”

Clifford Chiu did not use to spend a lot on a haircut — just $8 or $10. Then Chiu got a new job and decided it was time to pay for something a bit more elaborate in the old hair department.

Chiu started frequenting Fellow Barber in San Francisco, an establishment where haircuts run $45 to $55, and unlike a salon, most of the clients are men.

Many of these new grooming spots have nostalgic atmospheres. They harken back to barbershops of yore, particularly those from time periods like the 1950s. Other shops, like the Fellow Barber chain, have a turn of the twentieth century aesthetic.

The Fellow Barber location in San Francisco has antique sinks, black-and-white photos, and old topographical maps on the walls. Customers sit in front of mirrors built into a giant wooden fixture that takes up one whole side of the room.

Jonah Buffa co-owns the shop with his brother, who started the Fellow Barber brand. Buffa showed off the giant wooden structure to me. “It’s from 1893 and it was at the Chicago World’s Fair,” he explained, “It’s solid mahogany and it’s nine and a half feet tall.”

These old-timey barbershops are filled with throwback details like this, said Sean Trainor, history professor at the University of Florida. “There’s a kind of winking playful sense to the way these hipster shops invoke manliness and masculinity,” he said.

Kristen Barber is a sociology professor at Southern Illinois University, and yes Barber is really her last name. She has written a book called “Styling Masculinity: Gender, Class, and Inequality in the Men’s Grooming Industry.”

“The men I study describe these places as all men’s clubs,” Barber said. “It is certainly a shift in economics and shift in gender relations that is pushing men to buy into a consumer masculinity in a way they haven’t in the past.”

Customer Chiu, though,  sums up his motivation this way: “I’m like man, I’m single, I should try to look better!” 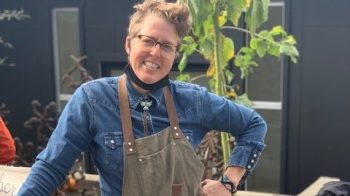