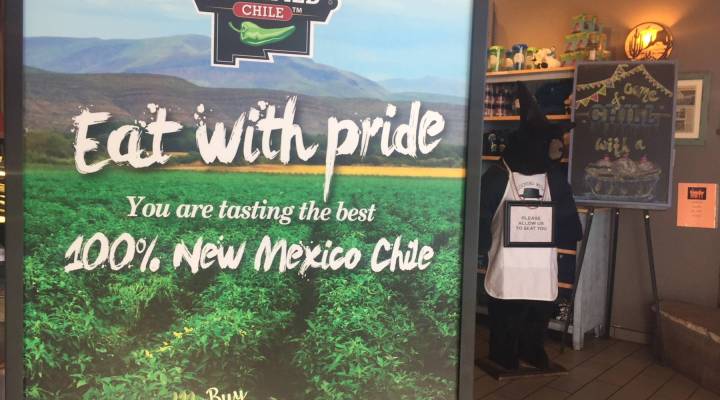 COPY
Red, green, or Christmas? New Mexico is known for it's chili peppers, but state farmers say labor shortages are keeping them from expanding their acreage to meet growing demand. Carrie Jung/ for Marketplace

Red, green, or Christmas? New Mexico is known for it's chili peppers, but state farmers say labor shortages are keeping them from expanding their acreage to meet growing demand. Carrie Jung/ for Marketplace
Listen Now

If you go out to eat in New Mexico, there’s a good chance your server will ask you, “Red, green, or Christmas?” when you order. It means, do you want your food smothered in red or green chile …. or both. In this state, the green chile is king. So much so that it’s the official state vegetable and the peppers are often an essential ingredient in pretty much any food group, from sauces and stews to chile rellenos.

“New Mexico is special,” said Carol Wight, CEO of the New Mexico Restaurant Association. “You can go across the border in Colorado, Arizona and Texas and you will not get New Mexican chile.”

Red and green chiles have been part of New Mexico’s culture for more than a century. And Wight isn’t alone in her affinity for these peppers, which are a spicier cousin of the Anaheim chili. While most locals have always been fans, over the last several years, officials have worked hard to improve brand recognition of New Mexico’s iconic crop outside state lines.

Today, demand is starting to outpace supply, meaning many restaurants are now struggling to make it through the year on their locally grown stashes. And to avoid running out of New Mexico chiles altogether, they’re beginning to look internationally. Some of the chile buyers are trying to meet the demand by looking to Mexico when the local harvests run out, said Rick Ledbetter, the president of the New Mexico Chile Growers Association.

While drought plays some role in New Mexico’s limited supply, the main problem for New Mexico growers is labor because the chiles are delicate and have to be hand picked.

“It’s just very hard to find people in the U.S. who will do that kind of work,” Ledbetter said. Chile farmers typically pay by the bushel but Ledbetter estimates most workers in his area earn about $12 an hour. According to the New Mexico Department of Agriculture, farms in the state grew about 8,300 acres of chiles in 2015. Compare that to the 86,000 acres that just one state in Mexico is using to grow chilies. “So right there tells you where we’re at,” he added.

Ledbetter hopes that machines that can pick these delicate vegetables will one day help farmers, but large scale use of these machines is still a ways off. 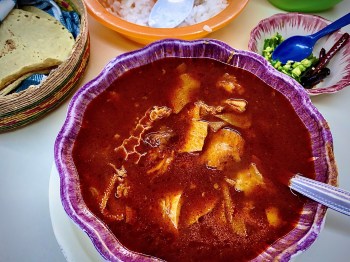