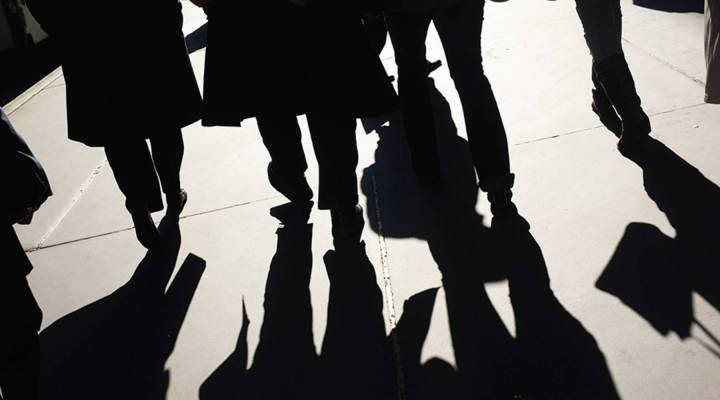 If one of your New Year’s resolutions was to learn more about how the economy works, you might consider asking: “What exactly do corporate boards do anyhow?” It’s a subject that Jena McGregor, who covers leadership issues for the Washington Post, is well versed in. What follows is an edited transcription of her conversation with Kai Ryssdal.

Kai Ryssdal: Let’s do a little definition here, what is a board’s purpose? What is its job?

Jena McGregor: For a public company, a board of directors is a group of people, usually about 10 of them. Every public company must have them. Their primary jobs are to hire and fire the CEO, to act as fiduciaries for shareholders — in other words acting in the shareholders best interest — but then they also advise and provide oversight on things like strategy, corporate risk, the overall policies of the company. But they’re not the ones making the typical day-to-day decisions.

Ryssdal: Is it fair to say that they are the CEO’s boss in a collective sense?

Ryssdal: OK. I’m going to play piece tape here. It’s from Bill Ackman, noted hedge fund guy, we’ve had him on the program. He does not have a high opinion of boards of directors, generally speaking.

Bill Ackman: But being a director becomes a way to make a living when you’re a retired CEO and your willingness to challenge the status quo and push back against the CEO – you become pretty quickly a director that doesn’t end up on future boards. And you own very little stock in the company. And that’s a dynamic that can lead to underperformance over extended periods of time.

Ryssdal: Now if you factor out Ackman’s disdain for boards of directors of companies he’s trying to take over or has launched a hostile bid against, which is most of them, the question that comes out of that piece of tape is and I don’t know how else to say this other than to say it’s mostly retired old white guys that you see on corporate boards.

McGregor: Well it is mostly retired old white guys so I’m not surprised by Ackman’s view. He’s an activist investor and by default he’s involved in trying to take action at companies where it’s seen as not doing enough, that they’re not operating as they should. And his point about them being risk averse has some truth to it. I mean a board is composed of people who are well compensated. The largest companies pay their director a median of nearly $300,000 a year—

McGregor: Yes. And something more –

Ryssdal: How do I get that job?

McGregor: Well there’s two ways really. You have to be nominated by the board of directors. There’s a nominating committee who selects directors for the committee. And increasingly shareholders have a right to directly nominate directors to the board. But Kai you own a few shares in Apple or something. Don’t think this is going to be a right of yours. You have to be a very big institutional investor or somebody with a lot of shares to get that right.

McGregor: I mean the CEO is the one making the day-to-day decisions. The board is acting in kind of an oversight and advisory capacity. He’s going to run all of his big decisions, strategic ones, whether to buy a company, whether to go into a new strategic direction. They’re going to be involved in big financial decisions like stock buybacks or dividends. But the CEO is leading and managing the company.

Ryssdal: On a less tangible issue that is also very much in the news right now, what about stuff like sexual harassment and misconduct investigations and issues?

McGregor: I mean you know if there’s somebody low ranking in the organization you’re not going to get the board involved. But if the CEO was involved or one of the very top layers of management is involved you probably will. Boards though are paying attention to this issue and it fits with this broader trend on boards where they’re suddenly saying “you know what the culture of the company really matters.” Look at Wells Fargo, look at Uber, look at all these companies that have had cultural issues really really do some reputational damage to the company. And so you’re seeing like HR people getting spots on boards and you’re seeing companies boards say “you know what culture matters,” it’s not just about the numbers and we have to we have to pay attention to this issue more.

Ryssdal: So if I’m you know average person in this economy maybe I’ve got a 401(k) and I’ve got some pension stuff going on and I’ve got my kids college funds someplace. How much should I be paying attention to corporate boards of directors.

McGregor: Well very few people do. But a couple of things to look out for. One is there are a lot of directors who are on a lot of boards. It’s a phrase called “being overboard.” You just don’t want that because they’re just too split. Another thing would be tenure – have all of them been on the board for 20 years? Any kind of conflicts of interest, if there’s you know too much of a close association with the CEO. Those are all things that the average investor could probably spend a few minutes glancing and doing some Google searching and figured out. 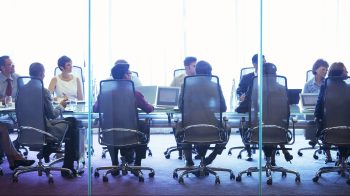