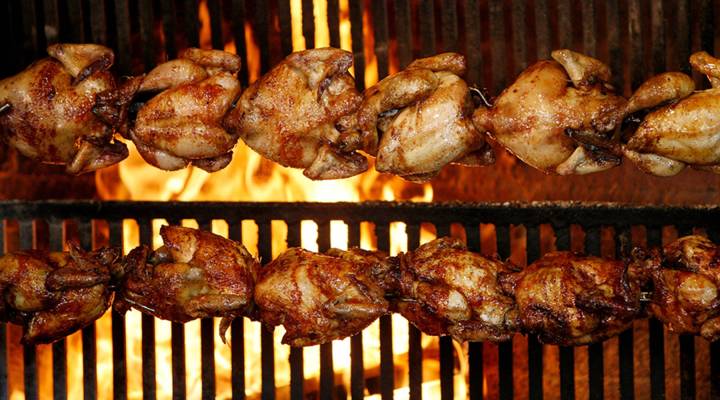 COPY
Grocers are going to some lengths to keep the price of rotisserie chickens down. Cate Gillon/Getty Images

Grocers are going to some lengths to keep the price of rotisserie chickens down. Cate Gillon/Getty Images
Listen Now

Grocery stores would really love it if you had chicken for dinner tonight. Specifically rotisserie chicken. The cooked birds have become a grocery store staple over the last 20 years, and stores are increasingly relying on them to stay in the black. Marketplace host Amy Scott spoke with Annie Gasparro of The Wall Street Journal about the value of rotisserie chickens and the ways stores entice shoppers to buy them. The following is an edited transcript of their conversation.

Amy Scott: So how did the rotisserie chicken become sort of the “cash cow,” so to speak, of the grocery store?

Annie Gasparro: Well, going back to the ’90s, when they really first became popular, grocery stores started selling them because they were losing shoppers to Boston Chicken, now Boston Market, the restaurant chain. And since then, their rotisserie chickens have been a real success. More than 600 million sold in the U.S. last year.

Scott: And you write 87 million were sold at Costco alone. What is the appeal do you think?

Gasparro: Well, especially at Costco, they have really held a hard line on pricing and kept them at $4.99 since 2009, and a 3 pound rotisserie fully cooked chicken for $4.99, there’s just not much that can beat that. You know, that chicken can easily feed a family, and you can’t go to McDonald’s and feed a family for under $5.

Scott: And grocers are going to pretty great lengths to keep prices down. Costco’s even building its own processing plant. Why is that so important, that price point?

Gasparro: The executives I spoke with at Costco and a few other grocers all made it very clear that customers know that price point. There are a few items in the grocery store that everyone knows the price of. They compare prices. You have milk, eggs, bread and rotisserie chickens. And they’re just one of those things that people expect it to be a certain price, and they’re very sensitive to it and they compare with other grocery stores. So, you know, if Costco doesn’t want to lose shoppers to Kroger, they have to have a really competitive price and vice versa.

Scott: And with so many grocers competing for that business, can you talk about some of the strategies they’re using to get people to buy their chicken in particular?

Gasparro: You might notice there are a lot more varieties these days of rotisseries. You can get Sriracha flavored, barbecue flavored. You can get all-natural organic antibiotic free. So you have a lot of innovation on that front, and then at the same time, there’s tactics like where you place the warmers in the store. Some grocery stores are putting them at the very front in the checkout lanes basically, which is a new thing.

Scott: Next to the candy bars?

Gasparro: Yeah, they’re hoping that, you know, maybe in addition to a candy bar you’ll buy a chicken.

Scott: And part of this is getting people in the store to buy other things that might have higher profit margins, right?

Gasparro: Yes, you see a lot of people buying several side dishes, you know, maybe a bottle of wine. And those side dishes, especially if they’re prepared foods like mac and cheese or mashed potatoes, they really do have great margins for the grocery stores, and you’ll even see some of those side dishes in the warmers with the chickens also, to really try to tempt people. And grocery stores are really in need of sales growth. And so these chickens, not only do they drive in traffic and help with the top-line sales, but getting the margins from the side dishes is really important to the bottom line. 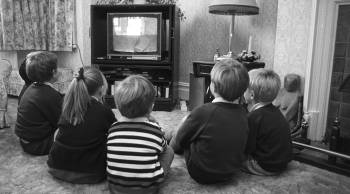