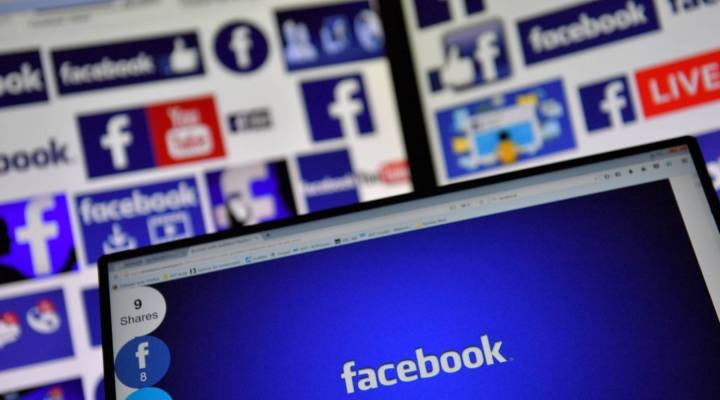 Between net neutrality and the influence of social media on elections around the world, 2017 was year of tough news in the tech industry. So how are last year’s events shaping 2018? Marketplace host Amy Scott sat down with Molly Wood, the host of Marketplace Tech, to reflect on the long, strange journey that was 2017, and make some predictions about what’s ahead in 2018. The following is an edited transcript of their conversation.

Amy Scott: It seems like, in some ways, 2017 was the year the worm started to turn a bit for tech companies. There’s been, of course, this backlash against Facebook and Twitter for their role in the dissemination of fake news, and Russian election manipulation, concerns about privacy. We’ve had early Facebook founders lamenting what they’ve unleashed on society. Do you see that backlash extending into 2018?

Molly Wood: You know, yes and no. I think that there will be some consumers who are more suspicious, and who are, you know, saying maybe it’s time to put the phone down. Maybe you’ll start to see in 2018 people say, “Less technology could be better.” I think that there’s a real possibility for that. I do not think that all of this bad press has actually trickled out to consumers. I mean, if you look at what happened in 2017 with Uber, it was still gaining riders. So, you know, although the sort of press was talking about all of its issues, people were using the product, and I think that that will probably continue to be the case, to some extent, with Facebook. It’ll continue to consolidate its ad power in that industry. And I don’t think you’re going to see regulation from the United States. That said, there is a very big deal set of privacy regulations that are going to go into effect in May in Europe. They’re called the GDP, or the General Data Privacy rules. And I would not be surprised if those rules end up leading to at least one, if not more, huge fines. Some analysts have predicted that we could see our first billion dollar fine. And it will almost certainly start with U.S. tech companies, because, you know, they’re going to want to make an example of Facebook. If I had to guess, I would say it’s going to be Facebook first. Maybe Amazon second. Maybe Uber after that.

Scott: And if that happens overseas, it still affects their business here, of course.

Wood: It absolutely does, and it could be the kind of thing that that kicks off a little bit of a chain reaction. You know, the best sort of analogy is Microsoft. When Microsoft started getting broken up over overseas, when European regulators started to crack down on Microsoft’s dominance back in the ’90s, that’s when you started to see the U.S. Justice Department take notice.

Scott: So Molly we have to talk about net neutrality. The FCC, of course, recently voted to repeal the rules that protect an open internet. Does this mean the internet, as we know it, is over?

Wood: It does not. It does not mean that, and in fact, I actually think that 2018 is just going to be the year of lawsuits about net neutrality. I would be very surprised if consumers started to actually notice any significant change. It’s going to be, you know, people suing each other about it. There is an outside chance that we might finally get some legislation, or at least some proposed legislation, that could regulate the internet in a more lasting way than sort of bouncing around between FCC commissioners. That, I think, is the highest, the most likely thing in 2018. But I do not think you’re going to start to see rampant abuses by internet service providers.

Scott: All right. Before we let you go, anything else we should be keeping an eye on?

Wood: Well actually on that internet front, I think 5G is a technology that people have been talking about for a long time in the wireless space, and I think we’ll start to see it in 2018. Verizon has said that it’s going to start rolling out 5G, and this is basically the next generation of wireless internet. You know people will remember 3G, and then 4G, and it was, you know, essentially wireless access on your phone that just kept getting faster. 5G has even more promise as a platform, as an infrastructure. And so you might start to see companies developing alternatives to Comcast, or Time Warner, using 5G technology. So there’s a possibility that we might see some more competition that could also keep the pressure on a Comcast or a Time Warner not to violate the spirit of net neutrality. So I’m hopeful about that. And then, of course artificial intelligence will be the invisible enabler of all good technology. But I have to say that no, we still will not have self-driving cars in 2018.

Scott: We’ll ask you about that again next year.