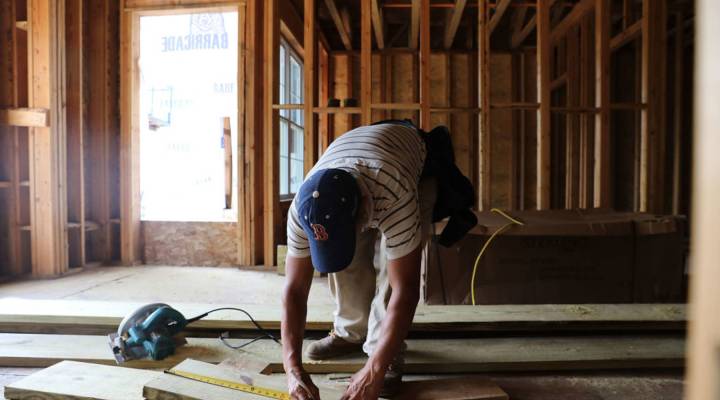 Update March 19, 2018: At the end of February, the IRS issued a statement announcing that interest paid on home equity loans is still deductible under the new tax law if it is used for home improvements.

“The Tax Cuts and Jobs Act of 2017, enacted Dec. 22, suspends from 2018 until 2026 the deduction for interest paid on home equity loans and lines of credit, unless they are used to buy, build or substantially improve the taxpayer’s home that secures the loan,” according to the statement. “Under the new law, for example, interest on a home equity loan used to build an addition to an existing home is typically deductible, while interest on the same loan used to pay personal living expenses, such as credit card debts, is not.”

On Dec. 22, 2017, President Donald Trump signed the Republican tax reform bill  into law. The new bill makes a number of significant changes to the tax code, including doing away with the deduction for the interest paid on home equity loans. Here is what you need to know about that change.

What are home equity loans?

How does the tax reform bill affect the home equity loan market?

In the past, homeowners who took out home equity loans were able to deduct the loan’s interest up to $100,000 from their taxes. Under the new tax bill, this deduction is a thing of past. The change takes effect in 2018, meaning this is the last year that homeowners can write off the interest paid.

“There is no grandfathering,” points out Greg McBride, chief financial analyst at Bankrate.com. “A lot of people may think: ‘I’m glad I got mine already.’ Nuh-uh. You’re going to get hit by this just as much.”

How big is the home equity loan market?

According to the most recent numbers from the New York Fed on America’s debt, balance on home equity lines of credit came in at $448 billion at the beginning of this year.

“A lot of homeowners couldn’t even take home equity loans because they didn’t have enough equity and they’ve been resorting to personal loans,” McBride said.

He is not the only one who noticed. In a speech earlier this year, William Dudley, president of the New York Fed, said: “The previous behavior of using housing debt to finance other kinds of consumption seems to have completely disappeared. People are apparently leaving the wealth generated by rising home prices ‘locked up’ in their homes.”

In the past, people would take out home equity loans to make renovations (45 percent), pay off their debts (26 percent), buy a car (9 percent), or pay for medical emergency/tuition (4 percent), according to a 2007 U.S. Census report.

So what happens now that the interest is not tax deductible?

A couple of things:

1. Even fewer people might take out home equity loans. They will still invest in their homes — just with a different financing options, according to McBride.

“In terms of things like home improvements, people are still investing in their homes,” he explained. “Consumers have not warmed to the stock market but consumers continue to invest in their own homes. And even if one avenue of borrowing is not as attractive as it used to be, it’s not going to change the tendency of homeowners to invest in their own homes. Instead of taking out a home equity line of credit, they may just do a cash out mortgage refinance.”

2. More people might try to pay down their home equity loan faster.

“It will change the prioritizing of debt repayment,” McBride said. “There’s going to be a greater incentive now for people to pay down that home equity line because they’re not getting a tax deduction and interest rates are rising. So the net cost of that debt is rising quickly. So people have an incentive to pay it down.”