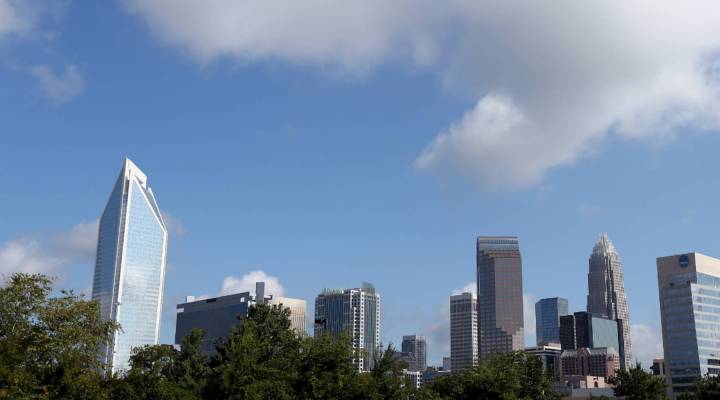 If you’re trying to understand what the Republican tax overhaul might look like in practice, you can look at some of the states that have recently experimented with major tax cuts. Democrats often point to Kansas, where drastic tax reductions didn’t spark the expected economic growth, and lawmakers ultimately reversed the cuts.

Republicans, on the other hand, say North Carolina is a much better example of what their plan can do for economic growth. In 2013, North Carolina lawmakers did something similar to what Congressional Republicans are trying to do today. They cut the state’s corporate tax rate by more than 60 percent, from 6.9 percent to its current rate of 3 percent, which is set to go down to 2.5 percent in 2019. They also reduced the income tax rate for the highest earners, from a high of 7.75 percent to 5.25 by 2019.

These tax cuts have helped revive the state’s economy, according to Lew Ebert, president of the North Carolina Chamber of Commerce. He said the cuts freed up money for companies to reinvest, which created about 100,000 new jobs a year for the past three years in a row.

“The job creation numbers kind of speak to the fact that, big picture, when you give companies more assets and more resources they create more jobs,” Ebert said. “That’s certainly what happened in North Carolina over the last four years.” But the benefits of those tax cuts haven’t trickled down to all workers.

“Inflation, medical costs and other things like that cut into what little they got as a tax cut,” said Charlie Owen, owner of Fletcher Warehousing in Fletcher, North Carolina. Owen oversees 15 employees and called the state’s tax cuts shortsighted. He said he wishes the money used for tax cuts had been spent creating a highly educated workforce instead.

With an unemployment rate that’s held steady at 4.1 percent, about the national average, the state has been scrambling to find and train enough skilled workers, according to North Carolina’s Labor and Economic Analysis Division. So far, economic growth above 2 percent has made up for some of the estimated $3 billion a year in lost revenue, according to Michael Walden, an economics professor at North Carolina State University. But it hasn’t made up for all of it.

“At the most, growth has offset maybe a third of that lost revenue,” Walden said.

North Carolina’s Democratic Governor Roy Cooper has been critical of the state’s tax cuts for not helping the middle class. He likes to point out that wage gains since the tax overhaul have disproportionately benefited people making more than $100,000 a year. There are benefits for middle- and low-income earners as well, economist Walden points out.

“If you argue, well, it’s created more jobs, therefore it has created better opportunities for people who didn’t have a job, I think that might be the big benefit,” Walden said.

Theoretically, wages should start to rise as companies compete to attract workers. Walden said the state could be approaching that point soon with steady job creation and low unemployment. But as of now, the state legislature’s Fiscal Research Division projects budget shortfalls of at least $1.2 billion, roughly 5 percent of the state’s $23 billion budget starting in 2019.