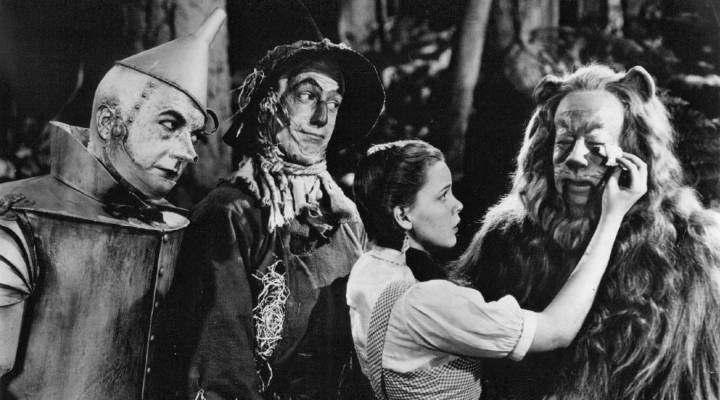 Publicity photo from the 1939 adaptation for "The Wizard of Oz," which inspired a pharmaceutical sales document. CBS via Wikimedia Commons
The Uncertain Hour

Publicity photo from the 1939 adaptation for "The Wizard of Oz," which inspired a pharmaceutical sales document. CBS via Wikimedia Commons

After Purdue Pharma brought its blockbuster painkiller OxyContin to market in 1996, the company began an aggressive marketing push to convince doctors to start prescribing the drug for moderate pain, like arthritis.

By 2004, OxyContin also quickly became one of the most abused pharmaceutical drugs in U.S. history, playing a major role in America’s opioid epidemic, which has impacted millions and kills more than 90 people each day

At the heart of Purdue’s sales tactics was an unusual marketing guide, based on the children’s classic “The Wizard of Oz.”  Marketplace obtained a copy of a Purdue Pharma sales document, called “IF I ONLY HAD A BRAIN…”  It was stamped “Training & Development,” and sent out to the “Entire Field Force” from the sales department on November 4, 1996.  In the document, Purdue offers its sales reps a step-by-step guide to convincing doctors to prescribe OxyContin.

Here’s how it begins:

In the Wizard of Oz, Dorothy had a clear-cut objective. She knew exactly what she wanted – to get back home to Kansas. Who would help her? Only one person could give her what she wanted: The Wizard. According to the munchkins, the Right Approach (how to accomplish this task) was to take the Yellow Brick Road. The attention-grabber was Dorothy’s painting-the-picture of her Auntie Em. Turns out that Dorothy knew that the guard also had an Auntie Em. That got them inside. Toto eventually grabbed the Wizard’s attention by pulling down his curtain. Then Dorothy knew that she had to “ask” for what she wanted.

As doctor’s scheduling demands are getting tighter, you need to more effectively plan your presentations.

The strategy was adapted from “How to Get Your Point Across in 30 Seconds Or Less,” a 1985 business communication guide by Milo O. Frank. He was a Hollywood agent.

Put simply, Frank writes that while having a clear objective is important — the Tin Man needs a heart, Scarecrow needs a brain, etc. — defining how they’re going to get there is equally as important.

Have a Well-formulated Approach: A single thought or sentence that will best lead you to your objective…“Delayed absorption, as provided by OxyContin™ tablets, is believed to reduce the abuse liability of a drug.”

As Marketplace has reported in our story “How one sentence helped set off the opioid crisis,”  that sentence, “Delayed absorption is believed to reduce the abuse liability of a drug” turned out to be highly misleading, and helped create an aggressive and misleading marketing campaign that helped fuel the national opioid epidemic. Purdue has made over $35 billion in sales from OxyContin since it began marketing the drug in 1996, according to data from IQVIA.

By using this sales approach, the last line of Purdue’s training memo read, “A pot of gold awaits you ‘Over the Rainbow'”!

Below, you can read the full document, with references to the Dorothy, Auntie Em, the Wizard, the munchkins — and, that pot of gold.