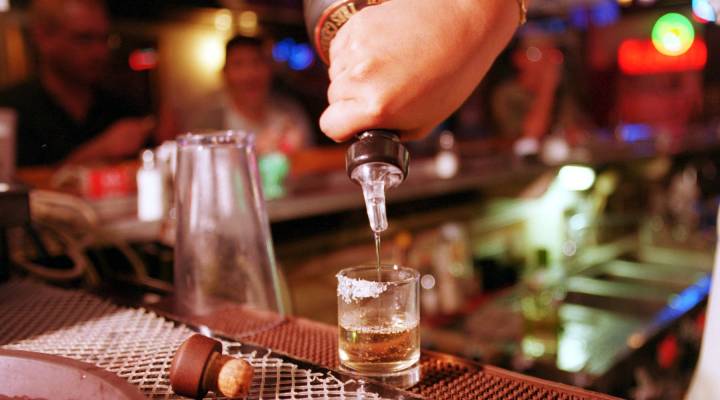 COPY
Office parties often include alcohol, but some companies are thinking about limiting drinks or even eliminating the bar this year.  Joe Raedle / Getty Images

Office parties often include alcohol, but some companies are thinking about limiting drinks or even eliminating the bar this year.  Joe Raedle / Getty Images
Listen Now

Office holiday party season is here. Traditionally the idea has been to relax and let your hair down with colleagues. But people have been known to get a little too relaxed at these things … and with allegations of sexual harassment dominating the news, some companies are making changes this year.

Orin Knopp is CEO of an audio visual firm in Manhattan called Presentation Products. He said his staff is young and they always look forward to their holiday party – complete with an open bar. But this year he’s nervous about the event.

Because of all the news stories about harassment, Knopp said he recently asked his HR consultant to advise his company’s party planning committee. The staff is 85 percent male. And he knows from past experience of holiday bashes that “people drink more than they normally would.” He said if anything or anyone were to cross a line, it could happen at the office party.

One way to cut down on possible fallout is to avoid serving alcohol. Andrew Challenger is with outplacement firm Challenger Gray & Christmas. Its annual survey last month found that the number of companies planning to offer booze has dropped from 60 percent last year.

“Less than half of companies are planning to serve alcohol at their holiday parties this year,” Challenger said.

Others are rationing cocktails by issuing drink tickets. New York HR consultant Corinne Jones said two of her clients have canceled their parties. They’re giving each employee a share of the money that would have paid for the event. Another client is bringing in a minder to keep an eye on the festivities.

“They’re hiring one monitor to kind of walk around to make sure they’re checking out areas that aren’t frequently trafficked, like hallways and things of that nature, just to make sure if anything’s going on, they can intervene,” Jones said.

Knopp wishes he’d thought of that. Patrolling the hallways is usually his job. He wants his employees to enjoy their party.

“But at the same time it’s our responsibility to make sure everyone understands there’s a line drawn in the sand of respect and you should never cross that line,” he said.

He’ll just be relieved when the whole thing is over.