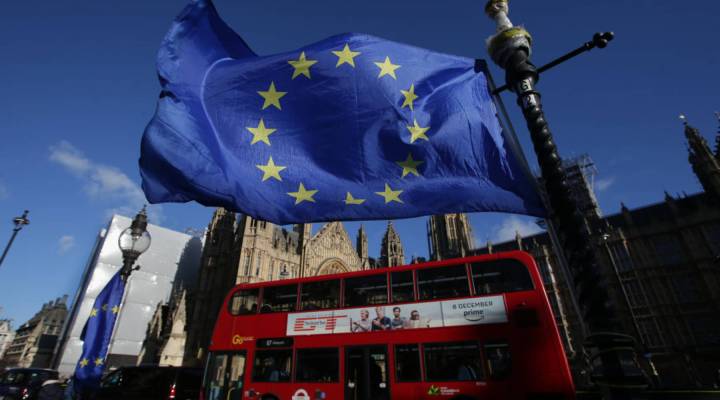 More clarity on the Brexit transition is needed to stop companies proceeding with contingency plans despite the progress announced on Friday, the Confederation of British Industry has warned.

However, more detail could help suspend further action by firms, he said.

Sterling was trading higher at just under $1.35 and €1.15 after the announcement in Brussels.

European Commission President Jean-Claude Juncker said the “breakthrough” meant Brexit talks could now move on to the next phase.

The CBI’s Mr. Drechsler also called for “unconditionality” about the status of EU citizens living in the U.K.

“It’s an important political milestone, but clarity on transition is the most important thing from a business point of view at this stage,” he told the BBC’s “Today” program.

The Institute of Directors echoed the CBI’s call for certainty on the rights of EU citizens.

“We have grounds to hope now that our members will be able to send their employees off for the Christmas break feeling more comfortable about their status here,” he said. “We look forward to further clarity about what the U.K.’s objectives are for that new relationship, as well as a firm commitment on transition in the very near future.”

Adam Marshall, the director-general of the British Chambers of Commerce, said “clarity and security” for European employees had been the biggest priority for U.K. companies since the referendum vote.

“We are delighted that they, as well as U.K. citizens living and working in the EU, now have more clarity and can plan their future with greater confidence,” he said.

As attention turns to trade negotiations, the BCC said companies wanted “absolute clarity” on the long-term deal being sought.

“Businesses want answers on what leaving the EU will mean for regulation, customs, hiring, standards, tariffs and taxes.”

The Engineering Employers’ Federation, which represents manufacturers, said the agreement was one step forward in a complex and long process.

EEF chief executive Stephen Phipson said: “We need to pin down the transition arrangements, which will be in place after March 2019, to ensure it’s business as usual for companies for as long as it takes until a final deal is reached.

“Until we get to that point, many businesses will need to prepare for any and every eventuality.”

“Continued uncertainty over arrangements for a transition period benefits noone and it is vital that both parties make formal commitments as soon as possible to a transition lasting at least two years, allowing businesses to continue to invest in our economy with confidence,” said ADS chief executive Paul Everitt.