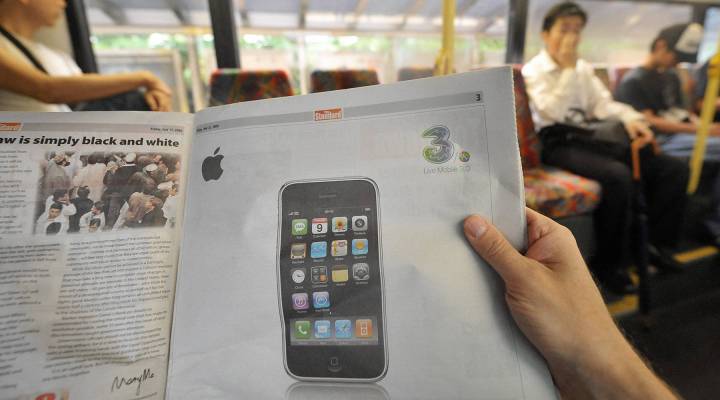 Surviving as an independent publisher in the digital age

COPY
As audiences move to mobile, it can be hard for independent publishers to keep up. Andrew Ross/AFP/Getty Images
My Economy

Surviving as an independent publisher in the digital age

As audiences move to mobile, it can be hard for independent publishers to keep up. Andrew Ross/AFP/Getty Images
Listen Now

Today’s installment is from James Fox-Smith, owner and publisher of Country Roads Magazine:

Business is surprisingly good. Perhaps the reason that our particular kind of media is doing better than some of the national and international print products is that we have a very closely defined interest area and there is still something that the internet doesn’t do very well, which is provide people with well-curated, local information about a product or an area of interest that is particularly important to them.

Now I mean, if we go back to 2012, 2013, at the time when particularly the digital media audience was growing exponentially and particularly the transition to mobile, where a lot of media and a lot of the audience was moving to, that was a very difficult transition for a lot of small independent media to make. It really wasn’t clear to us how we would respond to those changes and evolve in a way that served our readers as well as we could do on paper.

My resume, when we came to this, was thin to the point of emaciated. I was a pretty good dishwasher, I was quite a good ski bum and beyond that I hadn’t had a whole lot of experience. My wife has always very much felt that she can never imagine working for somebody else, and after 22 years of doing this for ourselves, I think at this point, I scarcely can either.