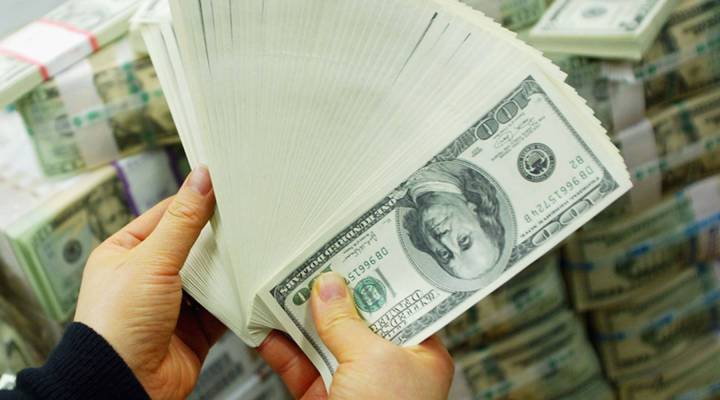 Some of the biggest names in tech are on a quest to live forever. Amazon’s Jeff Bezos, Oracle’s Larry Ellison and Google’s Larry Page and Sergey Brin have invested a lot of money in life-extension technologies, including cryogenics and digitizing our minds and uploading them into robots.

And that has people thinking, will the rich be the only ones who can afford to stick around? And what impact would that have on society?

Stanley Bing, the pen name of CBS executive Gil Schwartz, has been writing satirical observations about wealth and business for more than 20 years. His new sci-fi book, “Immortal Life,” looks at life extension. Marketplace Tech host Molly Wood spoke with Bing about what it might look like if Silicon Valley could someday achieve immortality. An edited version of their conversation follows.

Molly Wood: Why build the theme of your book around immortality?

Stanley Bing: For as long as there have been dreamers, there has been the dream of living forever. Each century, I guess, has had its own people who thought they could try it and were well financed. I mean, you have Ponce de León, who looked for the fountain of youth. And you have Walt Disney, reportedly cutting off his head and having it maintained for later use should cryogenics come into maturity. And more recently, you have the whole idea of uploading a person’s consciousness into a mainframe and then downloading it again into a receptacle — a living creature, a person, a created person — and therefore attaining digital immortality. And it will, of course, be very costly and be available only to the rich.

Wood: We should say here this seems like a good place to point out that Stanley Bing is a pen name and that your real name is Gil Schwartz and that in your other life you serve as senior executive vice president and chief communications officer for CBS. How does that work inform your novel?

Bing: I would say my experience in the world of business made it possible for me to write in that venue, you know, in that scene.

Wood: But I feel like you are more likely than the average novelist to actually run into the type of titan that is portrayed in this book. I mean, when you talk about the gross narcissists who run the atavistic corporate state, I gotta feel like you have met one of those or more. And are you trying to send them a message?

Bing: Uh … they’re not paying attention. My experience with moguls and large-scale personalities — it’s not really any different than people who work for a boss anywhere. That’s why it’s possible to write about great gargantuan moguls like my villain, Arthur, who’s 127 years old and really doesn’t want to die, and have people read that and go, “Yeah, you know, that reminds me the guy or the woman that I work for today,” because they’re not on a different planet. They’ve just gotten so unchallenged and powerful that their personalities become warped.

Wood: And then what about the slightly simpler question of what are the implications for society if people live so long? That old ideas might persist, but institutional knowledge might be strong.What are the trade-offs there?

Bing: Futurists have talked about this a bit. You’ll have mega families with many generations living under the same roof. It will completely change the whole idea of a career. People will have more than one, more than two, more than three. It’ll be exceedingly difficult to be young — we’re seeing that already now, how hard it is for people in their 20s to get a job now. Also, tech will be dedicated to life extension. I mean, is that really what we should be spending all of our money on? But the idea of digital immortality, I mean, that’s very seductive. I mean, I don’t want to die. I don’t want to go anywhere. And I’d love to have a brand-new body with a lot more hair.