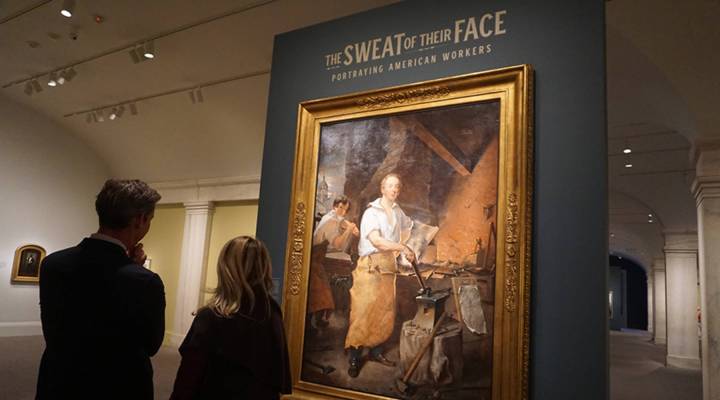 The Smithsonian’s National Portrait Gallery in Washington, D.C., has a new exhibition called “The Sweat of Their Face: Portraying American Workers.” It’s combination of art and history, and the realities of some of the people who’ve helped make this economy go from the 18th century to present day.

Marketplace host Kai Ryssdal got a walking tour with the museum’s curator of painting and sculpture, Dorothy Moss.

Dorothy Moss: The title came from our senior historian, who is the co-curator of this exhibition, David Ward. He wanted to reflect back on the time when men were doomed to work, in the sweat of their face, and women were asked to raise the children. And going back to that ethic, that work ethic, that came from the biblical times and became sort of the Protestant work-ethic of this country.

Kai Ryssdal: It’s so interesting, because you come to today’s world and what we do for a living somehow defines us, right? The first thing you say when you meet somebody is, “What do you do?”

Moss: Exactly, yes. And it’s interesting in a museum of portraiture, where identity is our focus, that we have not really made an effort to show working Americans in portraiture, and we’ve realized in the process of putting this exhibition together how difficult it is to go back in time and look for portraits that conform to the formal academic conventions of portraiture when looking at images of workers.

Ryssdal: Was it actually difficult to go back and find the pictures and the images?

Moss: It was sometimes challenging because a lot of these people are unnamed that are in the portrayals. And so they weren’t the people who had access to the elite activity of portrait making, but artists have always been drawn to workers because artists identify as workers most of the time.

Ryssdal: The space in this gallery is short, right? And you have to allocate your resources. Why this exhibit now, in a big exhibition?

Moss: Well, it takes us quite a long time to plan exhibitions. So this has been in the works for the last five years and it’s mostly a loan exhibition. So negotiating loans from other institutions and private collections, putting together the catalog, takes that long. But the seed for this was planted when I was writing my dissertation. And I read a story that was published in 1897 in the New York Times about a plumber who had come into the Metropolitan Museum of Art on a break from a job on Park Avenue and he was asked to leave because he “looked disorderly” — he was in his work clothes. And stories about that incident ran in papers across the country, all the way to Montana, with critics saying, who are the art institutions of this country for? They’re being funded mostly by taxpayer’s dollars. So, who has the right to enjoy the spaces, to enjoy the collections? And should there be this kind of hierarchy of behavior and dress associated with the sacred spaces of the art museum?

Ryssdal: What do you want the average person who comes in and says, “Let me go to the National Portrait Gallery today,” what you want him or her to get out of this? 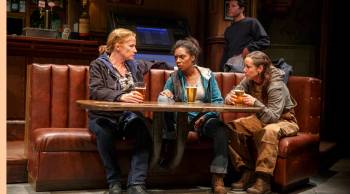