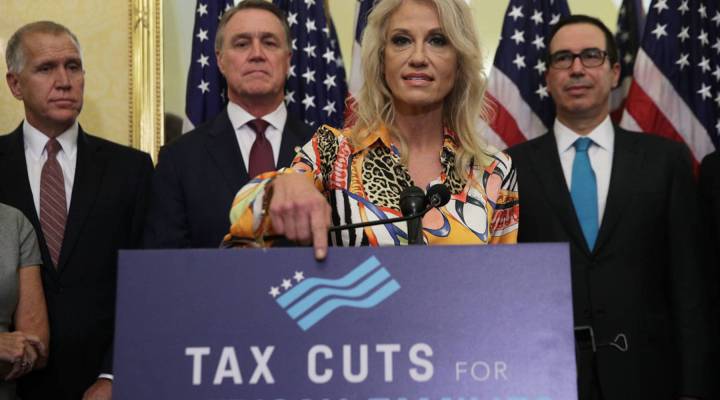 Trying to deliver on President Donald Trump’s promise of gifting America tax reform this Christmas, the U.S. Congress has so far passed two different tax bills. Now, they have a month to reconcile the two versions — House and Senate — into a final bill.

How some of these differences will affect individual taxpayers remains to be seen depending on the deal that the House and the Senate will be able to come up with. Here are some key issues they will have to iron out:

House version: Under the House version of the bill, three brackets would be eliminated. This leaves just four brackets with the following tax rates: 12 percent, 25 percent, 35 percent and 39.6 percent.

Senate version: The Senate bill keeps seven brackets but includes changes to the rates. Under this bill, the rates would be as follows: 10 percent, 12 percent, 22 percent, 24 percent, 32 percent, 35 percent and 38.5 percent. The New York Times has this handy calculator that helps you determine whether your income group would be on the receiving end of a tax cut under the Senate bill.

President Trump previously proposed simplifying the tax code into just three brackets — 12 percent, 25 percent and 35 percent —  but that proved to be difficult.

When asked who will win — the Senate or the House — on this particular issue, McCarthy said that the two will work it out. “I would actually like to see the rates go even lower, if possible, from that top rate. I don’t think anyone should be punished for being successful,” he said.

Such tax cuts, however, do not come cheap. Each proposal is estimated to cost more than $1 trillion over 10 years.

The current child tax credit is $1,000 per child. Under both versions, only taxpayers with social security numbers would be eligible to receive the child tax credit. The restriction was introduced in hopes of preventing undocumented immigrants from receiving it. The child tax credit is also only available to parents who pay income tax, which means that many low-income families would not qualify.

House version: Under this version of tax reform, the alternate minimum tax would be eliminated.

Senate version: In one of the earlier drafts, the Senate eliminated the alternate minimum tax, but the final version that passed ended up keeping it in for corporations.

The AMT was designed to make sure that taxpayers and/or corporations that took advantage of available deductions and credits paid at least some minimum tax. McCarthy has taken a hard stand on this issue, saying that the AMT should be eliminated in the final version.

House version: Home buyers would be allowed to deduct interest on mortgage loans of up to $500,000.

Senate version: Home buyers would be allowed to deduct interest on mortgage loans of up to $1 million.

The current mortgage interest deduction is similar to the Senate version. McCarthy implied that the House would be willing to move its cap higher.

House version: Taxpayers who are paying off student loans will no longer be able to deduct their loan interest from their annual taxes.

Estate tax, aka the “death tax”

House version: Under this version of tax reform, the estate tax would be eliminated by 2025. In the meantime, the exemption would double and up to $11 million could be passed down tax-free.

Correction (Dec. 6, 2017) This post was updated for clarity on mortgage interest deductions.