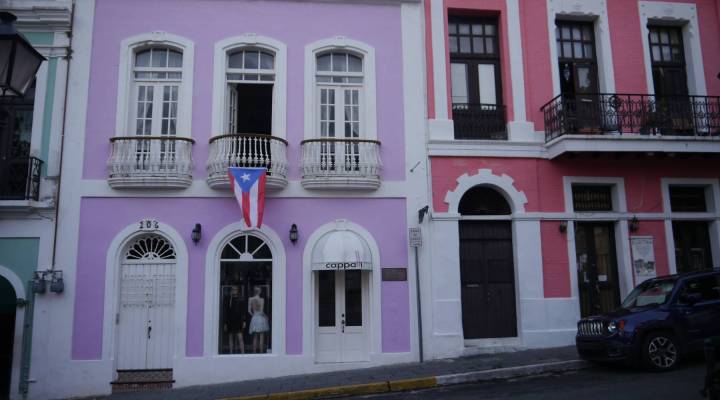 Puerto Rico has a long list of economic issues to face in its future. But to understand what’s happening now and what the fallout from this year’s storms could mean, it’s important to have some economic context.

Vicente Feliciano, economist and president of Advantage Business Consulting, spoke with Marketplace Weekend about the history of Puerto Rico’s economy, how it ties into the present and could influence the future.

He said to fully comprehend what’s happening now, it’s crucial to understand what happened over a decade ago, in 2006, when a key tax break expired.

“The whole economy was structured around two things: federal transfers and manufacturing,” Feliciano said. “Manufacturing — its mainstay was a section of the Internal Revenue Code that allowed some special advantages to corporations operating in Puerto Rico. That was phased out, and the phaseout ended in 2006. So that led to a contraction of the manufacturing sector.”

Economist Vicente Feliciano breaks down Puerto Rico’s financial challenges and how they will play out it the island’s recovery.

The Island slid into a crippling recession and started borrowing more and more to stay afloat. Investors gobbled up the tax-exempt debt, but at a certain point, the load was too much. Puerto Rico wasn’t legally able to restructure its debt until Congress passed a law call Promesa.

It worked in the short and medium term, but the plan was unsustainable. The fallout from Promesa was painful — it meant a lot of cuts to services, including things like infrastructure.

One of the most volatile pieces of infrastructure at play was power. The Puerto Rican Electric Power Authority, known as PREPA, had issued its own bonds.

“When PREPA got into financial difficulties, it could raise already very high electricity rates. It could stop paying bondholders or it could forgo maintenance and capitalistic spending in order to provide money for the bondholders without further increasing rates. That’s what they did,” Feliciano said.

Some of the plants PREPA operated were shut down before Hurricane Maria hit, even though they had been key to keeping power running on the island after past storms.

Without a fully operational grid, restoring power was even harder after Hurricane Maria. And on top of all that, PREPA hired Whitefish Energy to restore electricity in a much-scrutinized deal. The Whitefish deal was withdrawn after public and congressional pressure, and PREPA’s then-director resigned.

But there’s still a long way to go to get the island back up and running. And every day that passes without power makes leaving the island look more and more attractive.

After previous hurricanes, people knew they could wait a few weeks and go back to their jobs — a storm wasn’t a reason to emigrate. Feliciano said that wasn’t the case this time around.

“For many people, the hurricane was the last straw,” he said.

A lot of the people leaving are young. They have less social capital on the island and a better shot at starting over on the mainland. Plus there’s uncertainty around which industries will have people to employ, enabling them to bounce back. Those factors could change the island and its economic makeup forever.

Feliciano said that right now the construction industry is a clear winner, while retail, education and manufacturing are struggling and could continue to struggle for some time.

“Think about a forest,” Feliciano said, “some trees will not come back, but others will grow. If the fundamentals of the business are good, it will come back.”