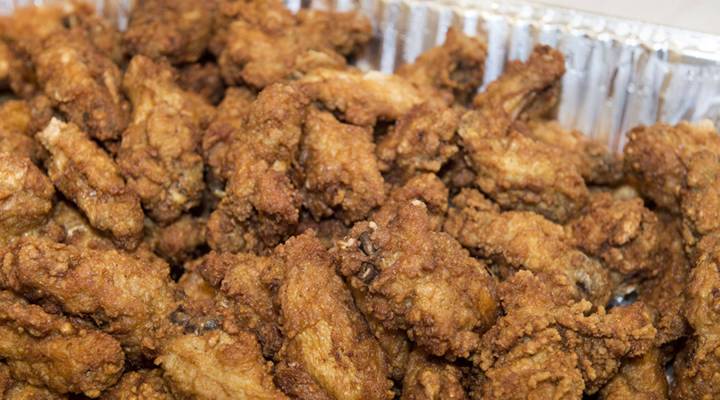 Buffalo Wild Wings announced on Tuesday it was being acquired by Roark Capital, the company that controls Arby’s and a bunch of other food brands like Cinnabon and Jimmy John’s. The cash deal comes in at $2.44 billion ($157 per share) and is just the latest in the consolidation of fast food and fast-casual restaurants. (In April, JAB Holding bought Panera Bread for a record $7.5 billion). For eateries like BWW, which is focused solely on wings, the acquisition comes at an interesting time because demand is up, but supply is getting expensive.

Forty-five percent of the American public has purchased chicken wings at least once, according to the NPD Group. Chicken wings are so popular right now that wholesale prices rose almost 20 percent this year. That’s part of the reason Buffalo Wild Wings reported a more than 60 percent drop in profit in the second quarter. Bonnie Riggs, restaurant industry analyst at NPD, said just a few years ago, chicken producers couldn’t give wings away.

“Now they’re the most expensive part of the chicken,” she said. “They wish they had six or eight wings per chicken because they are so popular.”

This is good news and bad news for Buffalo Wild Wings and the more than 8,000 other restaurants with “wing” in their name, because the business model is based on frying up cheap cuts, putting some sauce on them and selling them at a premium.

“If you’re really buying wings and you don’t want the whole bird, you’re going to wind up paying a high price,” he said. “I think that’s just something that Buffalo Wild Wings is going to have to figure out.”

What wing-focused restaurants are trying to do is promote a different, lower-cost product as a result: the boneless wing. Buffalo Wild Wings runs specials on boneless wings multiple times a week. But the product they’re selling isn’t a wing at all. It’s other parts of the chicken compressed together to look like wings. Restaurant analyst Riggs composed a report on this called the “Chicken Wing Dilemma.”

“Will consumers accept a boneless wing? Or will they accept the high price of the bone-in wing? And how will all of this affect the demand for chicken wings at restaurants in the future?” Riggs asked.

The new ownership group, Roark, has a history of turning around restaurant chains (Arby’s and Carl’s Jr./Hardee’s). Riggs said she expects the group to figure out a way to get a profit for shareholders. If costs continue to escalate and foot traffic diminishes as a result of higher prices, she said franchisees can expect the new investors to start closing locations that underperform.