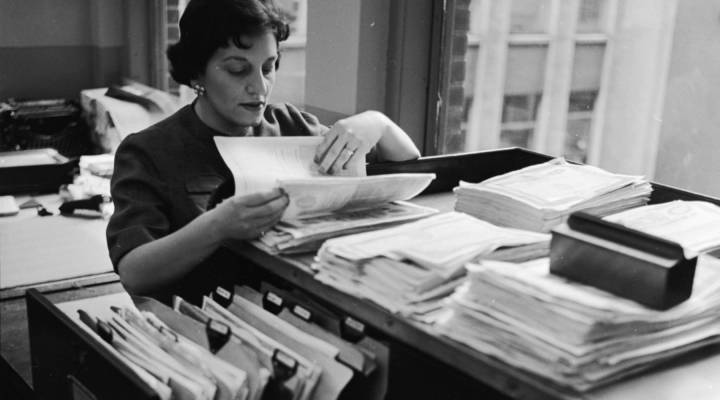 The man behind so many of Disney-Pixar’s animated movies, John Lasseter, is taking a six-month “sabbatical.”

The news comes after he admits he made “missteps” that made colleagues feel “disrespected or uncomfortable.” But it’s not clear what those missteps were.

So, as a practical matter, what should employees do in cases like these? Jane M. Von Bergen, who writes about workplace issues for the Philadelphia Inquirer, joined us to discuss how employees can protect themselves.

David Brancaccio: Charlie Rose’s production company had no HR department. In a sense, that’s a pity because human resources is supposed to be trained professionals aimed at helping when people feel they’ve been treated wrongly.

Von Bergen: But many companies when they’re small don’t have HR departments. We’re looking at these high-profile cases, but when you think about your corner coffee shop, many other places where you might end up working, your local gym, they might be too small to have an HR department and that poses a whole new set of problems and complications for people who are being harassed on the job.

Brancaccio: So, Jane, what’s a first step then if there’s no HR department?

Von Bergen: Try to band together with others. Look there’s safety in numbers. Other people can know about it. Other people may know about the harassment. Talk to your co-workers, see what they say. See if you can group together and make a complaint.

Brancaccio: And the federal Equal Employment Opportunity Commission has a complaint process and that can lead to a formal complaint. So there’s that avenue. But even before the Feds might be consulted, there’s something more local?

Von Bergen: Yes, the Feds can be consulted, but if the company is very small, federal jurisdiction may not apply. So there are human relations commissions. I know we have one here in Philly. Most states have them and you can turn there for help. An important thing to realize, though, is that a company really can’t be held liable if it doesn’t know what’s going on. That’s one reason why people may have to go through some kind of channels, or at least document that they’ve complained to a superior or higher up. You have to show that you let the company know and that they didn’t help you.

Brancaccio: Back to companies that do have human resources departments, if you have a trained professional who knows what to do, knows the law, this can of course be an asset, but doesn’t HR work on behalf of the company and not necessarily the employee?

Von Bergen: It really depends on the company. It depends on the HR person. It depends on the the whole situation there. We had a lawyer here in Philadelphia, an employment lawyer, who said HR is not your friend. You can go to HR and then you can be retaliated against. Retaliation is illegal, but that goes back to the earlier point of try to get allies, try to form a group, and that will be your biggest strength.