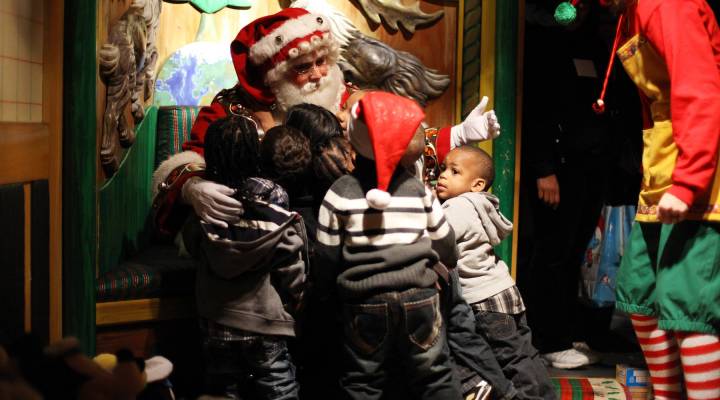 Before you head to Macy's this year, make sure to check if Santa can squeeze you in.  Neilson Barnard/Getty Images

Before you head to Macy's this year, make sure to check if Santa can squeeze you in.  Neilson Barnard/Getty Images

NEW YORK (AP) — Santa Claus may be coming to town, but you’ll need a reservation to see him.

At Macy’s flagship store on 34th Street in New York, a chance to sit on Saint Nick’s lap is by appointment only this year, for the first time ever.

Starting Monday, eager families can go online to sign up for a time slot from 30 minutes to five days in advance. Admission is free to Santaland Herald Square and runs from the day after Thanksgiving through Christmas Eve.

Macy’s says the new arrangement is intended to cut down on wait times and make it easier to see the man in the red suit.

“Santa’s a popular guy, so the wait times to meet him have been quite long in previous years, especially on our busiest days,” the company said.

Santaland is a 13,000-square-foot North Pole village complete with live elves and a train display, plus the world-famous Santa, immortalized in the film “Miracle on 34th Street.” The store opened in 1902.

The department store says families can cancel a reservation and make a new one at any time. Spokeswoman Julie Strider said that people can also reserve a spot at a kiosk at the store.

And they say don’t be too early or late for the time slot, and be sure to check in with an elf when arriving.

“Santa’s day is packed! To help keep him on schedule, please arrive within your time slot,” the company said.