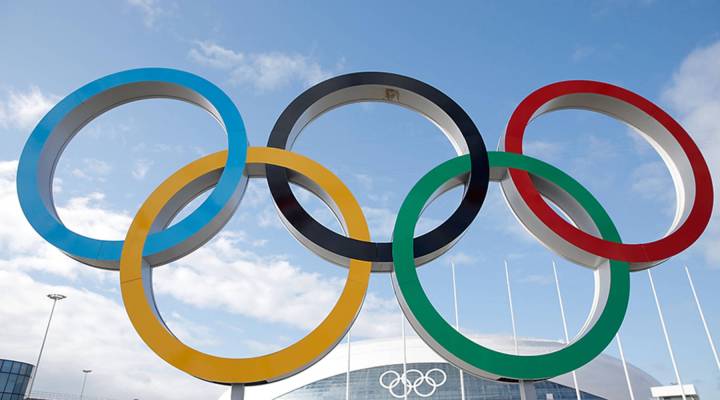 COPY
A general view of the Olympic Rings in front of the Bolshoy Ice Dome prior to the Sochi 2014 Winter Olympics in the Olympic Park Coastal Cluster on February 1, 2014 in Sochi, Russia. Joe Scarnici/Getty Images
Evenly Distributed

A general view of the Olympic Rings in front of the Bolshoy Ice Dome prior to the Sochi 2014 Winter Olympics in the Olympic Park Coastal Cluster on February 1, 2014 in Sochi, Russia. Joe Scarnici/Getty Images
Listen Now

The city of Los Angeles has more than a decade to plan for the 2028 Summer Olympics. That means upgrades to sports venues, transportation and security. The thing is, no one can predict exactly what technology will look like that far into the future. For a little perspective, the iPhone came out just 10 years ago. And back then, we didn’t have Google Chrome, Uber or the 4G network.

So what might the Olympics of 2028 look like? Marketplace’s Adriene Hill discussed the possibilities with Sarah Kunst, founder and CEO of the sport media company Proday. Below is an edited transcript of their conversation.

Adriene Hill: Technology is advancing athletes’ performance. But how will that be regulated for the games?

Sarah Kunst: It’s interesting, right, because you have athletes who are coming from all over the world, from all different backgrounds, even from all different sports. And so how can they leverage technology? How have they been using technology previously? It plays a big role. And so there’s this whole other layer of questions. And we’ve seen it a little bit in things like swimming, when people started to wear the full body suits. The ethics of the technology, even if the technology is perfectly moral, it’s still hard because you have to think about at what point are we turning the Olympics into whoever has the most money can win versus the most talent.

Kunst: Oh my god, it’s everything. Now new stadiums when they’re built have sensors built into the entire stadium so they can measure how fast people are running, how many assists, you know, everything about the game. You see the 360 cameras. You look at people like referees in many sports, and line judges, and you’re like, do they even really have a place? Because no matter how fair I want to be as a referee or line judge, a computer is going to be able to take a much more accurate picture of what’s happening. So it’s kind of the Wild West. The technology is there. The question now is what do we do with it. Because when you look at it, kind of an old school analog is steroids. We all know that steroids make people play sports better. But we don’t let people use them because we’ve decided as a society that it’s dangerous and tips the scales too far. But what if a pitcher wants to get something embedded on his eye so he can pitch faster because he can see with more precision exactly where to throw it. Is that OK? Can you get a scope installed? I don’t know.

Hill: If you were advising the city of Los Angeles, just broadly with technology when they’re thinking about their Olympics and what they’re going to build, what would you tell them?

Kunst: I think one of the most important things is the complete flip side of it, which is the audience side. Maybe you’re putting cameras in the water while people are swimming, maybe it’s VR so it’s not just the camera that’s under the water, but you really feel like you are swimming. You’re getting a piece of that. You feel like you’re a part of it. Maybe there’s some way that you’re capturing the applause and the excitement around different athletes. There are so many interesting things to think about from the consumer and audience side, it’s about how do we give the fans what they want.

Hill: You live here in Los Angeles at least part time. Are you excited for the Olympics? Are you going to go to the Olympics?

Kunst: I would love to go to some of them. I’m totally stressed out about the traffic. Uber says they’re introducing flying cars within five years, so I guess I’ll just fly my car to the Olympics? I’ve been promised flying cars.