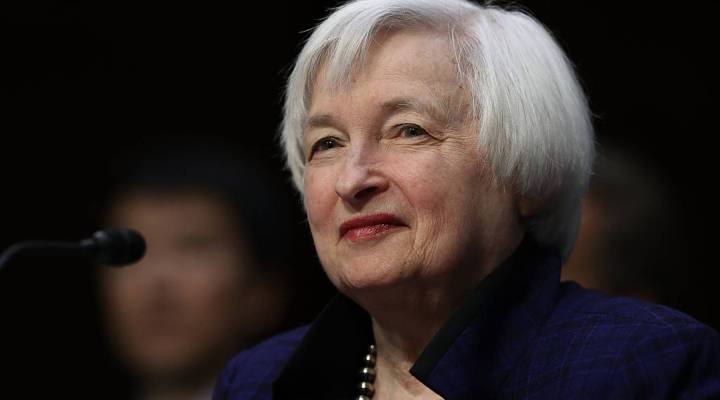 After President Donald Trump decided not to reappoint Janet Yellen to a second term chairing the Federal Reserve, it seemed like a matter of time before she announced her departure. And then, this morning, Yellen said in a letter to the president that she’ll be leaving the Fed completely once her successor is confirmed.

The word “completely” is key because, due to the terms that the governors work under, Yellen could have stayed for another seven years as a member of the board of governors.

But she chose not to stay. And therein lie some changes for the Fed.

In order to see what those changes might be, Marketplace host Kai Ryssdal called up Jeanna Smialek, who covers the Fed for Bloomberg. The following is an edited transcript of their conversation.

Kai Ryssdal: We should say here it would have been more unusual, right, if Chair Yellen had elected to stick around after she was no longer the chair?

Jeanna Smialek: Absolutely, I think that’s totally fair. If she had chosen to stay around, it would have, I think, created a sort of unusual dynamic in the committee, with both the former leader and then a new chair in place. And so I think it makes sense that she left.

Ryssdal: Now, though, come February when she leaves, there will be four seats out of the seven on the board governors open. Tell me what that means?

Smialek: Yeah, and it could be even earlier than February because she announced today that she’ll be stepping down when her successor is appointed. And yes, so four openings on the board of governors out of seven chairs means that Donald Trump can essentially completely reshape the institution. And it also means that a very small number of governors is going to have to split up a huge amount of work, because these guys are tasked not only with setting monetary policy, but also with really running this massive organization with everything from financial regulation to cash management.

Ryssdal: And oh so much more, right? I mean, they are a major banking regulator in this economy.

Smialek: It’s important to note that the Federal Open Market Committee does not set banking regulation. That’s something that’s done by these board members in Washington, and it’s sort of their sole purview. No one else has control over it. And so I think it’s going to be really, really important to see who gets put in those positions and to make sure, for the Trump administration, to make sure that those positions get filled in a timely manner.

Ryssdal: A word here of which there will be many written and said about Janet Yellen’s legacy. It’s worth mentioning that she’s the first Fed chair to leave without a recession in, I don’t even know how long.

Smialek: Also, to be fair though, I think it’s worth noting that she’s the first Fed chair to only serve one term since 1979. So, to be fair, it’s been a while since that happened.

Ryssdal: And that kind of goes along with what’s been happening here right? Is that Mr. Trump decided he wanted somebody else and Janet Yellen wasn’t it.

Smialek: Absolutely. Back to your previous point, though, I do think it’s worth noting that she certainly has presided over a period of massive economic calm. And she also engineered the exit from this massive quantitative easing program, which I think is probably what people are going to remember her for. You know we are facing an unprecedented era of monetary policy that Ben Bernanke presided over, and he really sort of handed over that legacy to Janet Yellen, and she exited from it in a way that didn’t rile markets, and sort of, you know, saw a steady and continued expansion. So I think that’s worth noting.