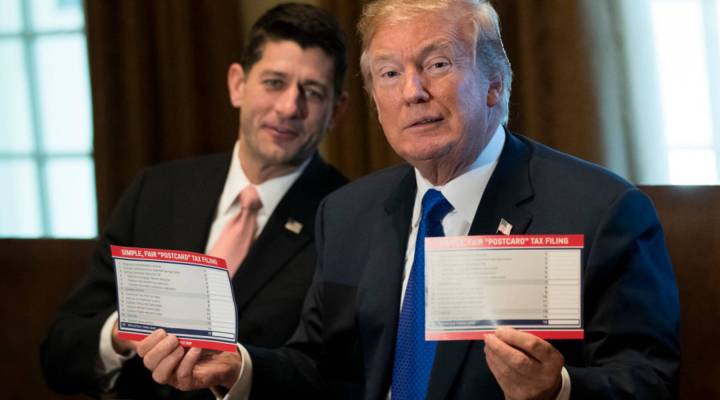 You might think I’m making this up, but I promise you I’m not.

Politico did an interview with the departing head of the Internal Revenue Service, John Koskinen. Among other interesting tidbits, Koskinen said they’re building a special safe to hold presidential tax returns. All of them. But, uh, where is it now? Here’s Politico’s Michael Grunwald:

Michael Grunwald: You know I’ve got to ask — are his taxes really being audited?

John Koskinen: I can’t tell you anything about anyone’s taxes, so you’ll have to go with whatever he says.

Grunwald: You’re not going to give up his return?

Koskinen: It’s in a locked cabinet in a locked room that nobody’s in. You’ll need a key to the room and the cabinet to get it. We’re in the process of turning that cabinet into a safe. We keep all the returns from every president in there.

Grunwald: So have you looked at his return?

Koskinen: I had no authority to look at anybody’s returns. Nobody can, unless you’re authorized for the process of examination. I couldn’t look at my own return. Anyone who looks at anyone’s return is subject to termination. We take this stuff seriously. Everyone’s aware of the history of the Nixon enemies list. No individual employee can even select a return for audit; we get automated referrals, and they go straight to a committee. But people need to be confident in that. Even with our limited resources, we’ll do a million audits this year. It’s so important that people don’t feel like they’re getting audited because they said something or gave to a certain organization.

One more thing, Koskinen said in what amounts to an exit interview from a beleaguered agency: “Beware the collapse of the IRS.”

Which, as much as we hate paying taxes, would be a very, very bad thing.