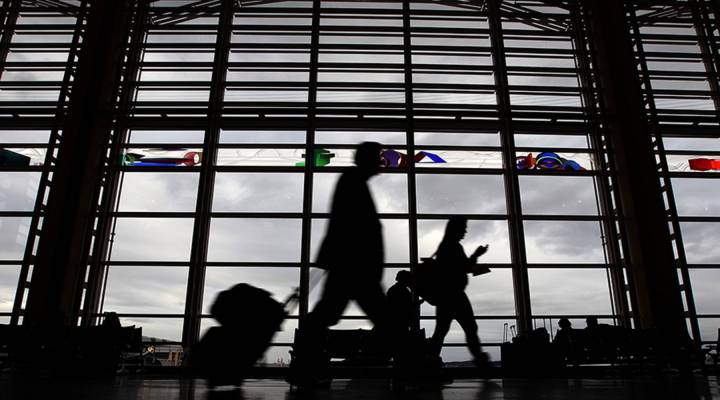 Traditionally, Americans haven’t been big on buying travel insurance. When we travel within the United States, we may assume we’re covered for health needs, thanks to our health insurance, and maybe a credit card membership will take care of a canceled flight or lost bags.

But we may be changing our thinking. The US Travel Insurance Association said Americans spent almost $3 billion on insurance in 2016, up 19 percent from two years earlier.

Humphry Rolleston is one of those new buyers. He and his wife have traveled a lot in the last few decades. He’s from England, she’s from Maine, and most of their trips have been to visit family here and abroad. They’ve never bought travel insurance.

“We’ve never discussed it,” he said. “Never felt the need to discuss it. Travel for us has been pretty routine.”

Until now. They’re both in their 60s and retired, and next spring they’re planning a big, expensive trip to Israel and Jordan. It’s the first vacation they’ve taken, just the two of them, since their honeymoon in 1989.

This time they’re taking out insurance for a few reasons.

“There’s potential terrorism, potential conflict on a greater scale,” Rolleston said. “And if you combine that with the fact that both of us have parents into their 90s, not in the best of health, there’s always a chance that while we’re on vacation, or about to go on vacation, something terrible could happen.”

Their policy will reimburse them if they cancel their trip or have to head home early. It also covers medical evacuation — even search and rescue if they get lost in the desert. It’s costing them more than a thousand dollars. That’s because insurance is calculated as a percentage of the trip cost, usually between 4 and 8 percent. And the older you are, the pricier the insurance.

Dan Durazo is communications director for Allianz Global Assistance. He said there’s good reason more people are paying up. Lately, the world “has become a very unpredictable place,” he said.

Growing terrorism in Europe is spooking American travelers into buying insurance. But fires and hurricanes in the U.S. are also playing a part. During hurricanes Irma and Maria this fall, Durazo’s company had a lot of clients canceling trips “because they couldn’t travel to their destinations in either Florida or the Caribbean.”

The insurer received 14,000 claims from Irma alone. That’s partly because Orlando, a huge tourist destination, was in the path of the storm. Durazo said they expect to pay most of them.

Those people had the foresight to buy insurance ahead of hurricane season. But if you wait too long, you’ll have a problem, Stan Sandberg said. He’s co-founder of TravelInsurance.com, an insurance comparison site.

“One has to purchase the insurance before a storm is named in order to get coverage,” he emphasized.

But it’s not just specific events that are fueling sales. It’s demographics, too. Lately millennial travelers have been the fastest-growing group of insurance buyers on the site. He said they’ll often buy extra protection — “hazardous sports coverage or adventure travel coverage” — for action-packed getaways.

And there are more baby boomers, like first-time insurance buyer Rolleston. He and his wife want to tick experiences off their bucket list while they’re energetic and healthy.

This time the accommodations will be a lot more stylish. And his investment is covered.

COVID-19: What travel insurance will and won’t cover