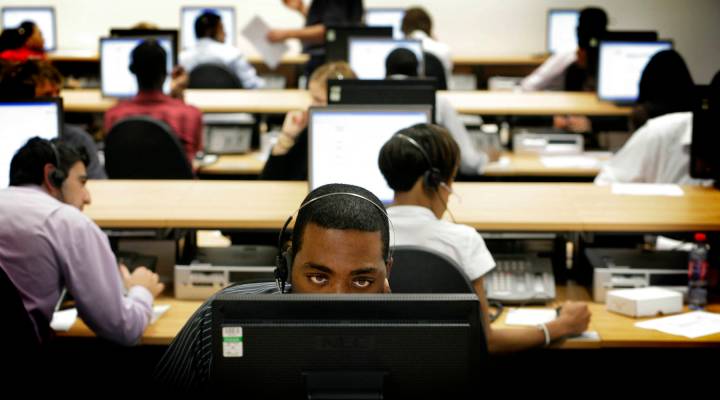 COPY
Don't leave your 401(k) behind when you move to a new job. WPA Pool / Getty Images

Don't leave your 401(k) behind when you move to a new job. WPA Pool / Getty Images
Listen Now

As the House and Senate consider their respective tax bills, both proposals raise questions about 401(k) savings accounts. As we’ve reported on Marketplace Weekend, one third of Americans have nothing put aside for retirement. Even so, it turns out, millions of dollars are being left unclaimed in abandoned 401(k) accounts. For more on why people are doing this, Lizzie O’Leary spoke with Charles Thorngren, CEO of investment firm Noble Gold. Below is an edited transcript of the conversation, which started with a question about why people are leaving retirement funds behind.

Charles Thorngren: It’s not that they’re just walking away from them. It’s not like the housing issue from years ago where they just said I can’t afford it I’m walking away. It’s really a matter of them changing jobs, moving positions in life and not paying attention to it. The 401(k) plan was so easy to leave behind because you didn’t actively put money into it. It was done for you,  kind of out of sight out of mind.

Lizzie O’Leary: So this might be an issue of somebody whose company is putting money in and they don’t even realize it?

Thorngren: It starts that way. A lot of companies nowadays match,  so that money grows pretty well for you. But once you leave that company they no longer have to keep you up to date with what’s going on. They don’t contribute anymore and that money sits there.

O’Leary: So how much money are we talking about?

Thorngren: It’s hard to know exactly. The latest estimates are about $250 million sitting there and about 33,000 401(k)s accounts abandoned every year.

O’Leary: If there’s an account in the back of your mind, what can you do to try and figure that out?

Thorngren: A couple of things you can do. The easiest way would be to actually call the old employer if you know how to get in touch with them, and they can get you through the human resources and  figure out if you have a plan, where it’s at and how to get back in touch with it. You can also call the Department of Labor or go to their website and you can find information there on the bureaus that will help you find those old funds.

O’Leary: Often when we talk about personal finance, people have to be on the lookout for scams. How do you know if you’re following the right steps and not being taken for a ride by somebody?

Thorngren: Great question. If you do some of the homework yourself and you make that initial contact, you’re going to be put in touch with one of the larger firms that handled 401(k)s: Fidelity, Prudential, Merrill Lynch. All the names we know and from there you can start the process. Now where you go from there that’s where you have to start to look around and say “okay, what am I doing with this money? Am I leaving it in place? Am I just changing the asset allocation? Or am I going to move it to something that gives me more control over it like a self-directed IRA?”

O’Leary: Ballpark number, what are we talking about?  Is there some average amount of money that’s found in these lost 401(k)s?

Thorngren: They range typically between $10,000 to $15,000. There are some that are larger some that are a little smaller but that’s the median.

For more on abandoned 401(k) accounts, listen to the interview using the audio player above.

Why it’s important to monitor your retirement fees