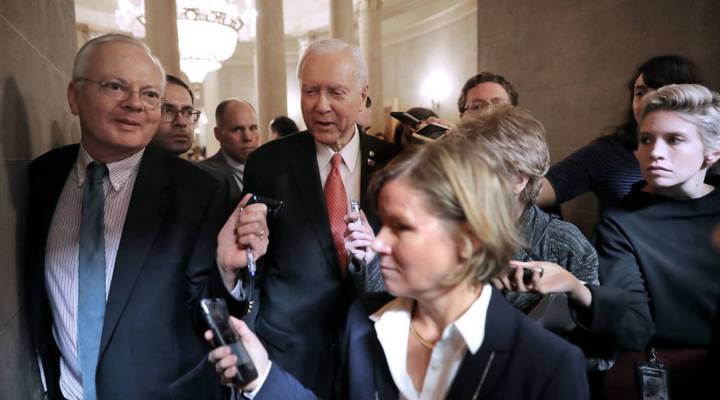 The Senate has released its own tax proposal with changes that are significantly different from the recently released House tax plan.

This version could be a major obstacle for the Republican White House, which has been pushing for tax reform to happen by the end of the year. President Donald Trump will need both proposals to be identical before he can sign legislation.

Here’s an overview of some of the areas where Senate and House members diverge, and what’s at stake.

Cutting the corporate tax rate — which currently stands at 35 percent — has been a focal point of the GOP’s push for tax reform, with Republicans like Trump arguing that it holds American companies back from investing in the U.S.

Both the House and Senate plans call for a reduced rate of 20 percent. But the Senate plan is pushing for the proposed $845 billion corporate tax cut to take effect in 2019 instead — a year later than expected — which will save $100 billion.

“Once we do that, then factories will start locating here,” Hassett said. “That’ll increase the demand for workers and get wages reconnected to profits.”

However, some studies show that this might not have the intended economic effect. One economist studied a one-time tax holiday in 2004 — which brought in an estimated $300 billion in repatriations compared to the $60 billion that made its way back in previous years —  to find out how companies handled the additional money. Rather than investing in new factories or research and development, companies ended up buying back their own stock or paying dividends to shareholders.

The Senate plan keeps the number of tax brackets at seven and lowers the top tax rate from 39.6 percent to 38.5 percent.

The House came up with four tax brackets, with rates of 12 percent, 25 percent, 35 percent and 39.5 percent. An analysis from the Tax Policy Center of the House’s plan found that it would reduce taxes on average for all income groups. Taxes, on average, would also drop by $1,200 in 2018.

However, higher-income households would benefit the most, and more than 7 percent of taxpayers would see a tax increase in 2018.

State and local tax (SALT) deductions have been a major point of contention among Republicans, with high-tax states like New York and California asking for them to stay in tact. Around 30 percent of tax filers use SALT deductions. The Senate bill calls for their complete removal.

Top House Republican Kevin Brady, chairman of the House Ways and Means Committee, did once call for their bill to ax them, until the House eventually reached a compromise. The House plan still allows people to deduct state and local property taxes up to $10,000, though income and sales taxes will not be included.

Meanwhile, the Senate is planning to keep the mortgage interest deduction cap at $1 million, a change from the House’s push to move the limit to $500,000. The Senate bill will also keep itemized deductions for medical expenses, which the House wants to get rid of.

Those who inherit more than $5.5 million in property and assets have to pay a federal tax of up to 40 percent. The House plan doubles the threshold to $11.2 million, with the tax eventually being phased out after six years. The Senate version of the tax bill would keep the estate tax but raise the threshold to $11 million.

Over a 10-year period, the estate tax would cost $175 billion in lost revenues. However, in the grand scheme of things, this is actually less than 1 percent of federal tax revenue, according to Eric Toder, co-director of the Urban-Brookings Tax Policy Center.

Bill Hoagland from the Bipartisan Policy Center told us eliminating the tax is less of a question about deficit, and more of one about equity and fairness.

“We don’t want our large, large Rockefellers and other types of families growing to control such a large amount of the country’s wealth,” he said.