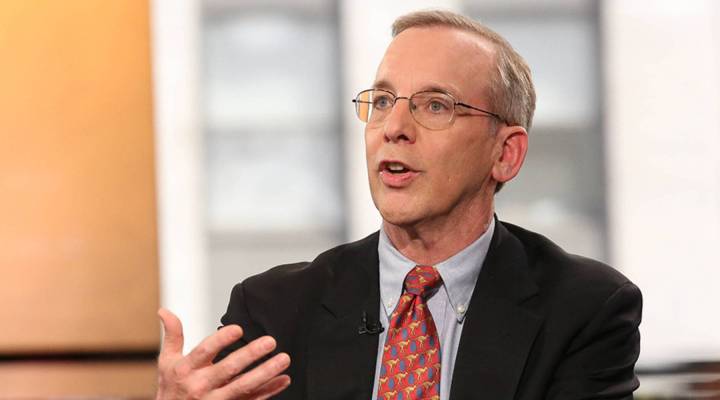 The Federal Reserve Bank of New York has announced that its president, William Dudley, is retiring next year.

There are 12 regional Federal Reserve banks, and the New York Fed has the most responsibility. So does its president. First, he’s the chief regulator for New York’s huge banks.

“The sort of cop on the street,” said Anat Admati, a professor of economics at Stanford. “Really implementing, enforcing, whatever the regulations are.”

Some of the New York Fed’s regulators are stationed inside New York’s big banks. As president, Dudley supervises them. He’s also a permanent voting member and vice chair of the Federal Open Market Committee, which sets interest rates. As vice chair, Dudley tries to get everyone on the committee to follow the Fed chair’s lead. It’s a bit like herding cats.

“Typically, you would have 19 people sitting around the table,” said Andrew Levin, a former Fed economist now teaching economics at Dartmouth College. “They like to work by consensus, trying to get most people on board.”

“The responsibility for executing monetary policy is what led the framers of the federal reserve system to elevate the president of the New York Fed,” said Carl Tannenbaum, another former Fed economist, now chief economist at Northern Trust.

So the New York Fed president is first among equals.