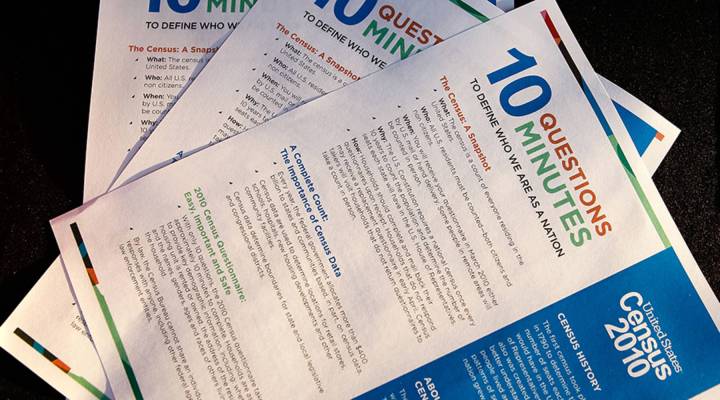 Every 10 years, the government tries to count up everyone living in the U.S. The next census is in 2020. The goal is to get an idea of the American population through data about things like race, how many people live in a household and their ages. The federal government uses these numbers to allocate $600 billion in funding, local politicians use them to determine what a community needs, and businesses use them to decide what to invest in and where to operate.

But certain people are harder to count, even as the Census Bureau moves toward collecting this information online. The Center for Urban Research at the Graduate Center of the City University of New York created an interactive map highlighting those populations. Marketplace Tech host Molly Wood talked with Steven Romalewski, who worked on the map, about what’s at stake and why some people are harder to reach. An edited excerpt of their conversation follows.

Molly Wood: What does census data determine and why does it matter?

Steven Romalewski: The census data is used to determine where policy programs are implemented, where schools are built, where hospitals are developed, where social services are allocated. And researchers have determined that $600 billion or so of federal funding is based on the census count. So if the count is done wrong or if communities are not fully counted, they might lose out.

Wood: What areas are generally hard to count?

Romalewski: Typically let’s say if there are a lot of renters or the housing tends to be crowded or have limited English proficiency or there’s low-income population or single-parent households — those are the type of characteristics that are typically associated with hard-to-count areas. And people in those situations, they have a lot of pressing day-to-day priorities that maybe don’t include filling out a census form.

Wood: Let’s talk about filling out census forms online. In looking at your map, in just one of the areas where it looks like there’s low response rate, the map also notes that in 2016, between 60 to 80 percent of the households in this area didn’t have what the FCC would consider broadband internet activity. I would imagine broadband access, internet access, would be a huge barrier to getting most people to fill out their census forms online.

Romalewski: So the Census Bureau is hoping most people will fill out their forms online. The Census Bureau understands though, that access to good internet sources is uneven throughout the country. So they’re looking at these numbers also and they’re planning for probably 20 percent of the households across the country or so, they won’t expect them to fill out the forms online and they’ll just get mailed a paper form that they’ll mail back.

Wood: Are there any other aspects of the census that are really being impacted by technology?

Romalewski: Sure. You know the census not only leverages technology, but they help drive technology. In the ’90s and early 2000s, interactive maps that we see all the time, and the data behind those maps, a lot of that came from the census bureau itself. They don’t get a lot of credit for that but that’s really how it developed. Because they had to collect all of this information about the whole street network for the country…and how to collect the data and where to aggregate it and analyze it, and they just had to do that. And then that helped drive the growth of the geographic information system industry.

For more reading on how tech will be essential in the 2020 census, Romalewski pointed us to this report, called Counting Everyone in the Digital Age, by the The Leadership Conference Education Fund and the Georgetown Center on Poverty and Inequality.