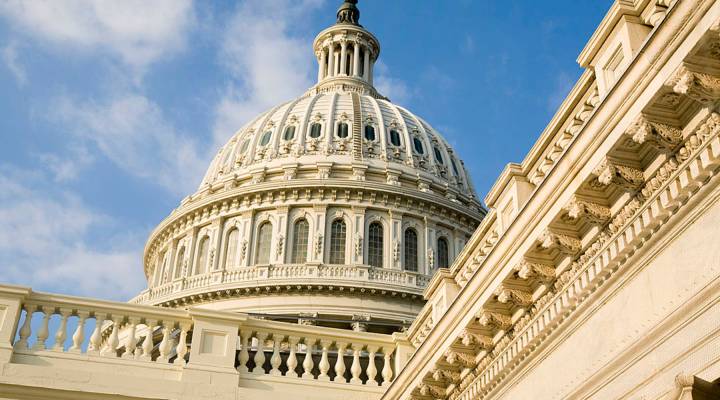 WASHINGTON (AP) — In a further rollback of Obama-era regulations, the Republican-led Senate voted narrowly to repeal a banking rule that would have allowed consumers to join together to sue their bank or credit card company to resolve financial disputes.

Vice President Mike Pence cast the final vote late Tuesday to break a 50-50 tie. The banking industry had been lobbying hard to roll back the regulation from the Consumer Financial Protection Bureau. The bureau had moved to ban most types of mandatory arbitration clauses found in the fine print of agreements consumers often enter into when opening a checking account or getting a credit card.

The vote reflects the effort of the Trump administration and congressional Republicans to undo regulations that the GOP argues harm the free market. The measure now moves to President Donald Trump’s desk for his signature.

“The rule would harm our community banks and credit unions by opening the door to frivolous lawsuits by special interest trial lawyers,” Sanders said.

Democratic lawmakers said the CFPB’s rule would have given consumers more leverage to stop companies from financial wrongdoing. They cited the sales practices at Wells Fargo and the security breach at credit company Equifax as examples of misdeeds protected through forced arbitration.

Richard Cordray, director of the consumer bureau, said: “Tonight’s vote is a giant setback for every consumer in this country. Wall Street won and ordinary people lost. This vote means the courtroom doors will remain closed for groups of people seeking justice and relief when they are wronged by a company.”

Republicans said the arbitration system has worked “wonderfully” for consumers. They said the payouts for the average consumer in arbitration cases are generally much larger and come more quickly than when compared to the relief gained through class-action lawsuits.

“The effort to try to characterize this as some devious system that has been created to try to stop consumers from having access to fairness is simply false,” said Sen. Mike Crapo, the Republican chairman of the Senate Banking, Housing and Urban Affairs Committee. “We have a very fair system that has been working for over 100 years in this country.”

Crapo said the average pay-out for consumers in class-action lawsuits against financial companies was just $32, but lawyers stood to make millions.

Democrats argued that consumers generally don’t have the time and means to pursue claims in arbitration, and since most disputes revolve around small amounts, they typically just give up. They said banks and other financial firms know that in the end they won’t have pay a real price for taking advantage of a consumer.

But class-actions would serve as a powerful tool for consumers, they said.

“Once again, we’re helping the powerful against the powerless,” said Senate Minority Leader Chuck Schumer, D-N.Y., as the Senate neared the vote, sensing the Democrats would lose.

The advocacy group Consumers Union and several veterans groups, including the American Legion, lobbied to keep the rule. They said consumers would still have the option to use arbitration to resolve a dispute, if both parties want to go that route.

“Without the CFPB rule, consumers can be forced into a rigged system where they have no recourse. It’s a disgrace,” said Linda Lipsen, CEO of the American Association for Justice, an advocacy group that works to improve the legal system.