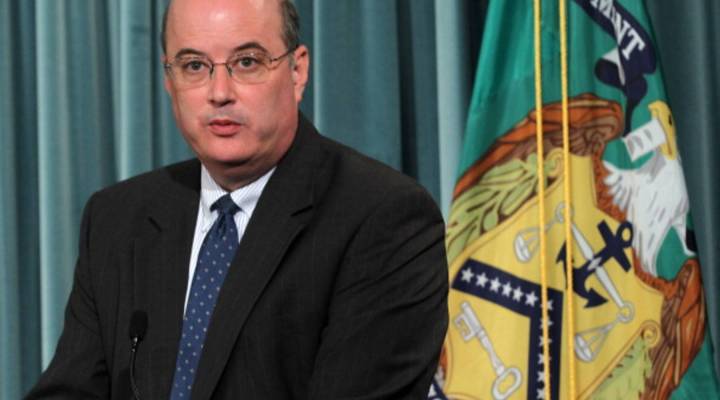 COPY
Michael Astrue, former Social Security Administration commissioner, says the backlog starts at the back end. That's where “you're having a thousand-day waits.” Alex Wong/Getty Images

“I thought they were going to look at it and give it to me right away, maybe in months or so,” Otteng said. “But I waited so long.”

Otteng, an immigrant from Ghana, was initially denied benefits, like about two-thirds of disability applicants. So she appealed. The first hearing took place two years later. During this time, Otteng, who lives with her husband and children, couldn’t work. Finances were tight.

“We eat rice and beans,” Otteng said. “Sometimes I don’t even have money for beans. So we have to put ketchup on it and we eat it for dinner.”

After a year of appeal hearings, Otteng was awarded benefits of $1,173 per month.

The average payment for disability recipients is $1,171. But for some, the benefits come too late. Last year, according to the Social Security Administration’s own inspector general, about 7,400 people died while waiting for their disability cases to be heard.

“I think that the system is clogged,” Hurwitz said. “I think that there are many more applications now than there used to be, as well as more denials. And so for each denial, then you need to have a hearing assuming the person appeals.”

The Social Security Administration declined to be interviewed for this story.

Michael Astrue, former commissioner of the Social Security Administration from 2007 to 2013, spoke with host Lizzie O’Leary to help us understand these backlogs from disability appeals. Astrue served under presidents George W. Bush and Barack Obama. An edited transcript follows.

Michael Astrue: The problem is on the back end, where, if you’re not happy with the first two levels of decision, then you have your right to appeal, and that’s where the backlogs are. That’s where you get, you’re having a thousand-day waits. And the system has regressed more quickly than it was fixed. It’s a terribly sad situation.

Lizzie O’Leary: We talk about the backlog, but I also want to talk about the benefits. In general, we’ve heard from a bunch of different listeners benefits vary a little bit but about a thousand dollars a month. We’re talking about SSDI [Social Security Disability Insurance]. Is that enough?

Astrue: You know, that’s a judgmental question right now. It’s not a conversation we can really afford to have because the system as a whole is insolvent. Right now, if you’re a young working adult, you’re looking at a system that, you know, 15 to 20 years from now, unless there’s some significant change, is going to start paying you substantially less in terms of benefits than what people get. It would go down to somewhere between 75 and 80 percent of what people are getting now. The question on the table for the Congress, for the immediate future, is not whether it should be more. It’s “Can you get your act together to pass legislation to make sure that the benefit levels at least stay about the same to where they are now?”

O’Leary: Well, this seems to be this sort of dual problem in talking about Social Security overall, not just on the disability front or on the old age front. You have recipients who say, “This money is not helping me survive.” On the other hand, if you look at the basic math of the agency, we are creeping up pretty quickly on insolvency. And so how do we tackle this massive thing?

Astrue: Yes, but let’s talk about what insolvency means. It’s an actuarial term of art. And you know, in regular life, if you and I were to be insolvent, that’s really bad. That means there’s no money left. That’s not what it means for Social Security. What it means is that the trust fund, over a 75 year period, is not able to pay the full benefits that it is paying at the moment. But right now the trustees are saying that some point the 2030s, benefits, unless something changes, will be reduced to about 77 percent of where they are now. And that’s bad. But 77 percent is not nothing. It’s not nothing if you get disabled. It still would make a huge difference. You would still qualify depending on whether it was SSDI. You’d still qualify for Medicare. In many cases, for disabled people, qualifying for Medicare is much more important than the cash benefit.

O’Leary: You and I can have this conversation about Congress needing to do things and fraud in the system. But if you are listening to this, and you receive or are counting on receiving either old age benefits or disability insurance, it’s got to sound kind of academic and frustrating, like that doesn’t really help you pay your bills or or get through the week.

Astrue: Well, I think if you’re a recipient, right now, it’s difficult. I think the important thing is not to panic. The fact that Congress seems dedicated to an action, I suppose, is a consolation in some sense. The people that really need to be concerned are younger Americans. And right now the system really is an intergenerational transfer from younger Americans to middle-aged and older Americans. And I think a lot of them are frustrated by that. They think that there’ll be nothing there for them. And I don’t think that’s right. But the question is: Are we really living up to the social compact of Social Security? And I can’t say that we are.

O’Leary: Let me ask you a 30,000 foot question. What is the goal of Social Security — either the old-age benefit or disability insurance? Is it to cushion expenses or is it to live on?

Astrue: No, it’s not to live on. It’s never been set up as a system to live on. It’s been to supply baseline support for people. Originally, just people who were old and then later people who had a severe disability. But particularly with regard to retirement, it has always been meant as a supplement to private savings and pensions.

O’Leary: On the disability side though, you know, if you can’t work, that’s tough.

Astrue: Yeah, that’s bad, and that’s why Congress expanded the program to the insurance program in the 1950s. And as the welfare component in the 1970s. It’s a recognition that in a compassionate society, you don’t relegate people at the bottom end of the spectrum economically to a life of severe suffering. You try to ameliorate that as best you can. But make no mistake about it, if you’ve got no other income and you’re disabled or retired, that’s a very small amount of money to live on. Particularly that most urban areas on the East Coast and the West Coast — very difficult to live on that. 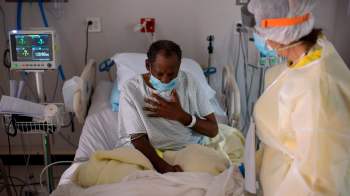