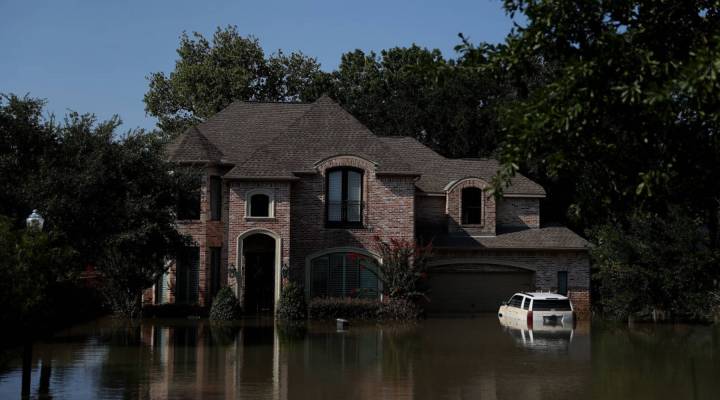 Predicting what areas will flood or not is a science. But as people in Texas, Florida and elsewhere have learned, that science can butt up against the economic reality of property values and insurance premiums. In Hurricanes Harvey, Irma and Maria, many properties that were not marked as risky on the federal flood maps did in fact flood.

Houston is familiar with this. In 2001, Tropical Storm Allison swamped areas of the city that were not considered highly at risk. That prompted a six-year project to update all of the city’s maps, said Jamila Johnson, floodplain manager for the city of Houston.

“That was a long process to get through the science of all of it,” Johnson said, “and make sure both the engineering community and the public can come to an understanding.”

That last part is important, because “making sure the engineers and the public come to an understanding” is not the same as researching and applying hydrological data. Houston’s 2007 revision of its flood maps was negotiated over six years.

It drew the lines that Harvey erased last month. Roughly half the land that flooded in Harvey was outside the floodplain. Sarah Pralle, a professor at Syracuse University who’s studying flood maps, said there are many problems with how we draw them.

“So one problem is the maps are based on historical data, they’re static maps,” she said. “They don’t take into account future development scenarios and future weather-related scenarios having to do with climate change.”

Right now, flood maps only consider past performance — floods that have happened before. But think of the old investors’ disclaimer: past performance does not guarantee future results. “Predictive” maps that look ahead and factor in climate change could be more accurate, Pralle said. But they’d also bring more properties into the floodplain. She said communities resist this.

“In many of my interviews, that was something that people complained about a lot, that communities didn’t always seem that eager to look forward,” she said. “They even hinted that some communities are trying to suppress that information.”

They might suppress data because of its negative effect on development and property values, which brings up another problem in her eyes: If a community doesn’t like the Federal Emergency Management Agency’s maps, it can appeal them.

Diana Herrera is an insurance specialist at FEMA, and to her, that right to appeal means transparency.

“When we start a mapping process, the communities are with us from Day One,” Herrera said. When a community appeals a map, usually because it doesn’t want the floodplain expanded, she said it has to be on a scientific basis. “Engineering’s gonna have to be submitted to us to determine that our numbers were wrong,” Herrera said.

The problem is that you can pretty much buy the results you want. Engineers with better funding than FEMA can use more advanced technology, and thus can lobby, via science, for maps that local authorities might prefer. When I ask how much political negotiation goes into some of these maps, there’s a long silence.

Then, “Uh … politics we try to keep out as much as we can,” Herrera said.

But she said politics creeps in anyway. Representatives in Congress, for example, might ask FEMA to consider other, privately funded flooding studies.

She said FEMA’s maps should be the bare minimum. Communities need to order their own forward-looking flood maps to plan around their real risk, even if it means lower property values or higher insurance. How likely are communities to take this approach on their own?

“I’m going to be really optimistic,” she said with a nervous laugh.

Carr said Allison, Katrina, Sandy — those storms didn’t bring the reforms needed. But maybe the high costs of Harvey, Irma and Maria will.