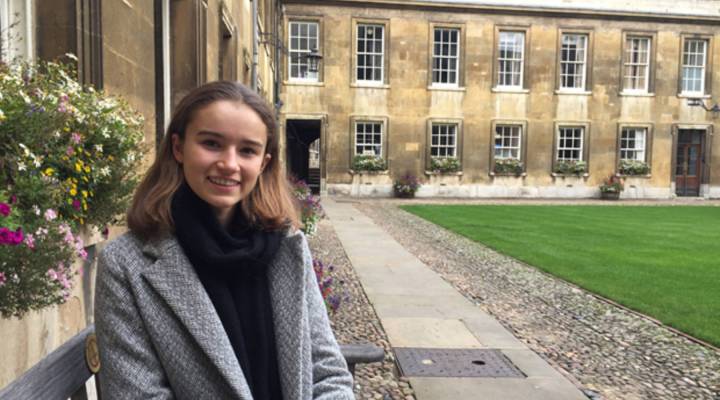 Today is Ada Lovelace Day, which celebrates the woman who wrote the first line of computer code way back in the 1840s. And while we’ll hear a lot today about the under-representation of women in so-called STEM fields — science, technology, engineering and math — the proportion of women faculty in economics is actually worse.

In the U.S., around 13 percent of tenured faculty in economics are women; in the U.K., the proportion is slightly better — a whopping 15.5 percent. Only one woman has ever won the Nobel Prize in economics (American Elinor Ostrom in 2009) — and there wasn’t even a single woman on some of the lists floating about guessing who this year’s prize winner would be. (It went to the behavioral economist Richard Thaler yesterday.)

Some have argued that these figures aren’t necessarily just the result of bias. Maybe, they say, women are simply choosing different disciplines that are perhaps more suited to their temperament and skills, or choosing to work in different but related fields.

But Cambridge University economics professor Victoria Bateman said that can’t really explain the gap. “I think that that way of thinking about the problem is completely false,” she said.

“But I think [it] helps explain why economists have for too long hushed up this problem because you know if economists’ models are suggesting that sexism doesn’t exist, that it’s all a result of people’s free choices and … their personal characteristics, then you deny the fact there is a problem.”

In fact, there is a growing body of research suggesting that there are some biases — overt and subconscious — that might be contributing to the lack of women in academic economic departments.

A study published by then University of Berkeley senior Alice Wu made waves over the summer. Using natural language processing, Wu analyzed over one million posts on a website called EconJobRumors.com, which is a sort of online forum where academic economists discuss job openings and candidates.

Like every place on the internet, the conversations aren’t particularly pretty or politically correct. But Wu found that when posters on the site discussed female economists, they used starkly different terms than those that were used to discuss male economists. Many of those terms can’t be said on public radio, but they tended to discuss a woman’s physical appearance (“hot” and “hottie” were in the top 10) whereas men tended to be associated with words that emphasized their intellectual ability.

The paper caused a lot of debate within the economic community — with many saying that what people say on the internet isn’t necessarily an indication of how they truly think.

“I think it’s an extreme view. I don’t think it’s a representation of everyone in the profession,” said University of Bristol professor Sarah Smith, but she added “I don’t think it’s surprising when you tie it up with looking at the proportion of women at different levels.”

Smith —  who is also the chair of the Royal Economic Society’s Women’s Committee — cited other evidence that suggested a bias against women in the economics profession, such as a paper published by Harvard PhD student Heather Sarsons.

Sarsons wrote in the paper: “While solo-authored papers send a clear signal about one’s ability, co-authored papers do not provide specific information about each contributor’s skills. I find that women incur a penalty when they co-author that men do not experience.”

(Her paper, she added in a footnote, was intentionally single-authored.)

There are more studies — ones that suggest that female economists’ papers take six months longer to get a peer review in a top journal, and that even when women do get tenured faculty jobs in economics, they get paid less. And then, even if a woman makes it to the front of a lecture hall — there might be no men listening to them.

“There was a very interesting and quick bit of number crunching that was done by the Centre for Global Development which has headquarters in both Washington and London,” said Cambridge’s Bateman.

“When they looked at male attendance at the seminars that they run they found that it fell off quite dramatically whenever gender was mentioned in the in the seminar topic.”

Batemen said the fact that there are so few women at the top has meant that many young women can’t view themselves in those positions. She said that in the early 2000s the proportion of women studying economics in British universities was around 30 percent. It’s down to just 26 percent today.

Paulin Nusser is a rising senior in economics at Cambridge University. “When I think back to my lectures last year for instance out of the 11 lecturers and supervisors I had throughout the year that are based in the faculty, just one was a woman,” she said.

This is why she said it can sometimes be hard to imagine a career in academic economics, even though she hopes to pursue a graduate degree. “Representation is just something that does affect me because I am subconsciously looking for role models or someone where I can say you know, ‘oh that could be me standing up there teaching this lecture.'”

This is why she’s become passionate about increasing the number of women who study economics —  including meeting with potential female economics students at a Women in Economics day each fall. While the odds may be stacked against them, Starrsjö is hopeful. “For the moment economists have only looked at the world around them through male eyes and this only provides us with half the story,” she said she explains to the potential economics students.

“And with only half the story how can we get results that will help the whole population?”

Correction (Oct. 13, 2017): An earlier version of this story misspelled Paulin Nusser’s name. The text has been corrected.