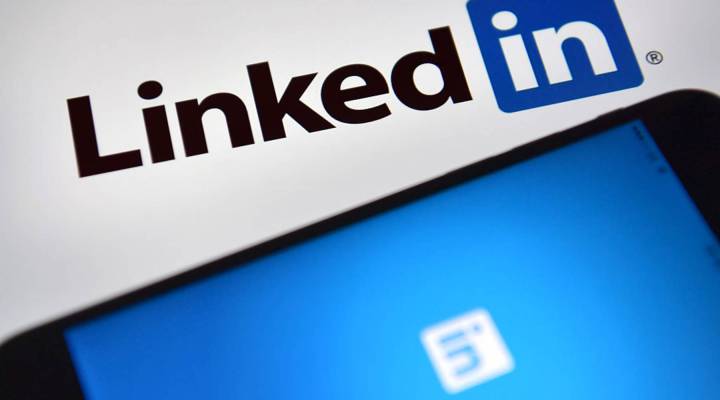 The jobs report is something we talk about a lot here at Marketplace. Every month, the Labor Department announces how many jobs were gained or lost, as well as the unemployment rate. On Friday, we learned that the country lost jobs in September — 33,000 of them, to be specific — for the first time in seven years. We were also told not to panic, as some of the job loss had to do with storms.

But the government isn’t the only entity watching the ebb and flow of the U.S. workforce. Tech companies are as well. LinkedIn issues a monthly report that looks at U.S. employment trends based on users changing jobs in their profiles, and it’s saying that hiring in September is actually up 2.4 percent from August. Their data?

“We actually use our members’ profile data,” said LinkedIn economist Guy Berger. “When they publicly say they start a new job, then we count that as a hire.”

So who has the correct data? Turns out, both could be right.

The Labor Department collects data each month, usually during the week that includes the 12th, meaning it takes a mid-month reading. LinkedIn, however, publishes data from across the full month. Its findings reflect what the Labor Department may soon report as well: that the workforce bounced back as Texas and Florida continue to recover from the storms.

There are a few potential caveats with LinkedIn’s data. The site, unlike the Labor Department, doesn’t track firings and layoffs, though Berger said those are numbers that they plan on reflecting soon. It’s also only able to track people with LinkedIn accounts, which leaves out those who don’t use the service. Plus, some people don’t immediately update their profiles when they get new jobs, which can skew monthly data.

But more specific data, like skills, is something that LinkedIn can track that the government can’t.

“The idea here is to give people an idea of where opportunities exist,” Berger said. “Let’s say you find out people with your skills are valuable somewhere else — that might help you decide where you want to consider moving.”

LinkedIn also looks at the lifespan of skills.

“Soft skills are both durable, in that they have a long lifespan, and adaptable, in that they can be used in a lot of different ways,” Berger said. “Things that tend to have a shorter lifespan — when we look at skills associated with marketing on Twitter, that, a few years ago, was really hot, and we’ve seen that decline pretty sharply.”

What’s your measurement of the U.S. economy? Do you feel that the government numbers are accurately capturing what’s happening in your area? Is LinkedIn? And do you have a skill that used to be valuable that perhaps isn’t anymore? Record a voice memo and send it to us at mptech@marketplace.org.