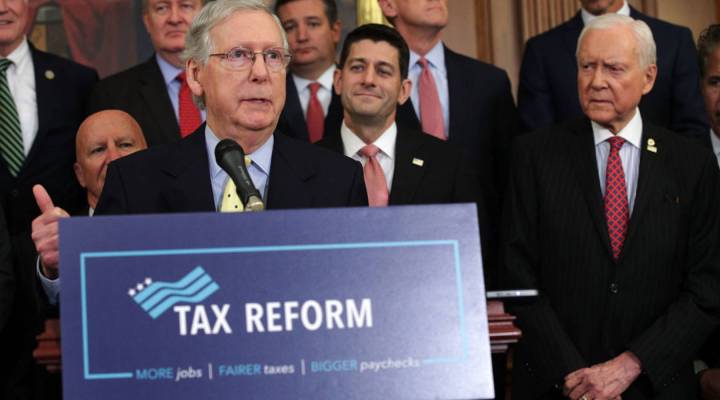 If you are a business or corporation, you can deduct the interest you’re paying on any debt you have come tax time.

In the past, the government has been fine with this because whoever receives the interest payments pays taxes on that interest they earn. Still, what the government also has done is create an incentive.

So it’s no surprise that some businesses borrow not just because they need to borrow, but to cut their tax bills.

“The system is now biased in favor of debt,” said Eric Toder, with the Urban-Brookings Tax Policy Center.

Some businesses are very clever about how they use this tax break. A multinational corporation with a foreign affiliate can borrow from itself, Greenberg pointed out. If that affiliate is based in a low-tax foreign country like Ireland, the company not only gets a tax break for borrowing from itself, but it gets another another tax savings because the interest income is taxed at a lower rate than in the United States.

Does every company do this? No. But “as far as we can tell, it’s a pretty common practice,” Greenberg said.

The idea of limiting the corporate interest deductions would close loopholes like this. It would also save the government as much as $1.5 trillion over a decade if it is completely eliminated. But that’s going to be politically difficult.

“Groups are going to fight hard,” Cowen’s Sieberg said. “Auto dealers, which rely on debt to finance inventory … farmers, who borrow heavily for both the costs of planning as well as to buy land … banks whose whole business is borrowing money to lend it.”