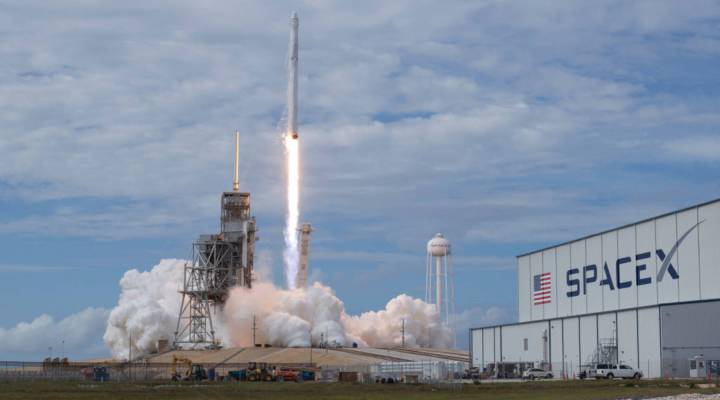 The National Defense Authorization Act specifies the budget every year for the Department of Defense. The House and Senate have each passed different versions of it. One major difference between the two: the House version includes funding for the militarization of space through a new military branch called the Space Corps.

The Space Corps was proposed by Rep. Mike Rogers, a Republican from Alabama. It would create a new  branch of the military that would focus on space. But there are lots of opponents, including Defense Secretary Jim Mattis, Air Force Secretary Heather Wilson, and Sen. John McCain, who all think it’s unnecessary. The Department of Defense is already somewhat focused on space in an offensive and defensive capacity.

“The real issue is — do we want to fight in space?” said Mackenzie Eaglen, a fellow at the American Enterprise Institute. “Right now I think Americans are still uncomfortable with that. But other countries are not.”

The next step is for the two houses to conference over the bill, which means Congress still has plenty of time to debate the creation of a Space Corps.

Marketplace Tech host Molly Wood discussed the potential future of the Space Corps program with Marketplace reporter Kimberly Adams. Click on the audio player above to hear the full interview.