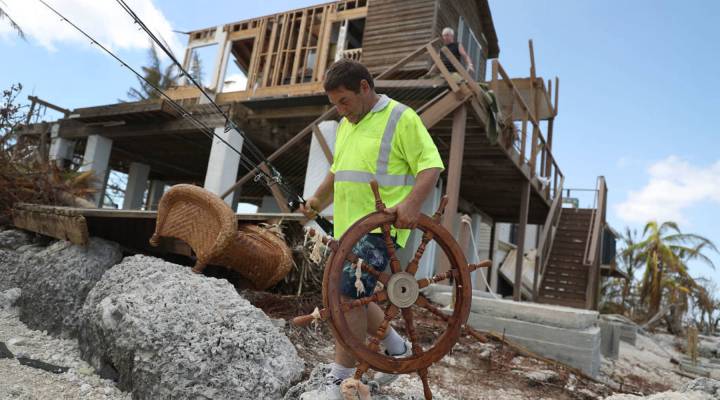 COPY
Claude Scee salvages what he can from his father-in-laws home that was destroyed by hurricane Irma on September 17, 2017 in Summerland Key, Florida.  Joe Raedle/Getty Images

Claude Scee salvages what he can from his father-in-laws home that was destroyed by hurricane Irma on September 17, 2017 in Summerland Key, Florida.  Joe Raedle/Getty Images
Listen Now

If people are more worried about living in places with a high risk of flooding, hurricanes and wildfires, it hasn’t shown up in home prices.

During the housing recovery of the last five years, median home prices have risen 65 percent in areas with the biggest risk of natural disaster, compared to 45 percent overall, according to the 2017 Natural Hazard Housing Risk Index from ATTOM Data Solutions.

“That’s not their number one motivation when making a decision about buying a home,” said ATTOM senior vice president Daren Blomquist. “In fact, it’s probably pretty far down the list.”

Homebuyers are more concerned about jobs and quality of life, he said. And it’s no coincidence that some of the loveliest places to live are situated in places with the highest risk of hurricanes, wildfires, hail and floods.

But people may be taking some risks more seriously. In the last decade, median home prices have fallen in areas most prone to flooding and hurricane storm surge, Blomquist said.

Especially, he said, if Congress reduces coverage under the National Flood Insurance Program, which expires in December.