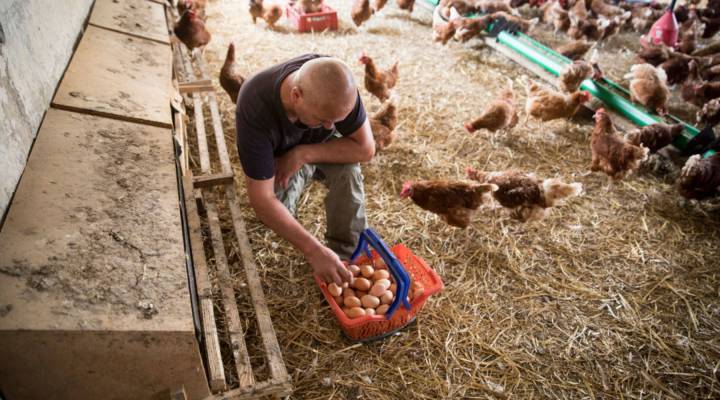 To keep up with demand for chicken, the largest processing plants in the U.S. want to increase their line speed by 25 percent. To do that, they would need the U.S. Department of Agriculture’s approval to relax Obama-era regulations designed to protect workers and ensure food safety.

While the move could boost profits, critics say it would certainly compromise worker safety.

Chicken processors believe their facilities can safely ramp up processing speeds from 140 birds a minute to 175. Why? Evidence from a pilot program started in the late ’90s permitted plants to operate at that higher speed, said the Chicken Council’s Tom Super.

“The plants that have been operating at these speeds have been as good or better in terms of food safety and protecting our workers,” Super said.

But a Government Accountability Office report found the poultry processing pilot program was never thoroughly vetted. Another problem, said Debbie Berkowitz at the National Employment Law Project, is that the USDA already rejected the same industry argument back in 2014.

“They went through all that data and said there’s enough of a concern about worker safety that we’re not going to allow an increase in line speeds,” Berkowitz said.

Now chicken processors will likely have to convince the USDA that the industry is safer than it was just a few years ago. Two of the largest chicken processors ranked in the top 10 for severe accidents that resulted in amputations or hospitalizations.