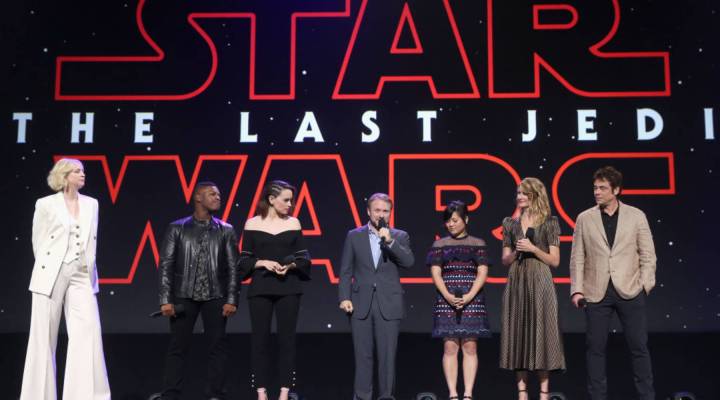 The “Star Wars” franchise is having a hard time holding on to directors these days. Disney-owned Lucasfilm said Tuesday it’s parting ways with writer-director Colin Trevorrow for “Star Wars: Episode IX,” which is slated for 2019. In a statement the company cited differing “visions” for the project. The news follows the departure earlier this summer of filmmakers Phil Lord and Christopher Miller, of “The Lego Movie,” from an upcoming Han Solo spin-off. Again, creative differences.

But how creative can you get, really, when you’re dealing with one of the world’s biggest and most obsessed-over brands?  The last installment of the main saga, “Episode VII: The Force Awakens,” made more than $2 billion at the global box office.

“For Disney, it really is the gift that keeps on giving,” said Tuna Amobi, an analyst with CFRA Research. “Expectations are so high now that any misstep could really cost the company very dearly.”

The stakes are even higher after the worst summer for movies in a decade. Studios are nervous about “franchise fatigue,” said Jason Squire, editor of The Movie Business Book, after big-budget sequels like “Pirates of the Caribbean” and ‘Transformers” disappointed.

“The worldwide audience did not respond with the enthusiasm necessary or expected, and so this adds more pressure to the decision about a ‘Star Wars’ director,” he said.

Directing an established movie brand like “Star Wars” or Marvel can be confining, said Chris Hansen, who teaches film and digital media at Baylor University. Rather than an “auteur” with a distinct vision, Disney wants someone who can shepherd the brand.

“They need somebody who is creative but can do something in the style that’s already been established,” Hansen said.

Plenty of people would be happy to do that. After Disney fired Phil Lord and Christopher Miller from the Han Solo movie, the legendary Ron Howard stepped in.