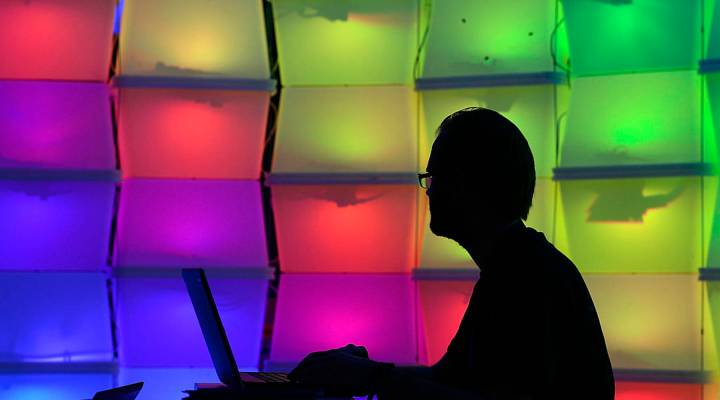 Science fiction writer William Gibson famously said, “The future is already here. It’s just not very evenly distributed.” This story is part of a series exploring who has access to life-changing technology — and who doesn’t.

To kick off the series, we talked with William Gibson, the author of books including “Neuromancer,” “The Peripheral” and the upcoming “Agency,” about the collision of technology, money and access.

For those who might not be familiar with Gibson, he’s the guy who invented the term “cyberspace,” and prognosticated the idea of the World Wide Web back in 1984. Since then, his books have taken up everything from 3-D printing to completely immersive virtual reality to the insidious effects of branding in social media. He’s a master of portraying the unintended consequences of technology and also at creating dystopian worlds in which the technology divide is stark and brutal.

In fact, “The Peripheral” is a nearly literal representation of this have and have-not thinking. It deals with multiple parallel futures. One future is inhabited primarily by the people who were wealthy enough to survive a series of population-destroying catastrophes and achieve technological singularity. Those powerful rich people are then remotely controlling the events of the world in which the heroes are broke trailer park residents who are at the mercy of the economics of their time, and of the technology of the future.

We talked for quite a long time, me and Mr. Gibson, and it was unquestionably a highlight of my entire journalism career. If you’ve got the time and want to hear much more discussion of “The Peripheral,” our potential future scenarios, and what he thinks about whether we’re living in a computer simulation, I urge you to listen to our whole conversation over at our blog, The Source Code.  The following is a lightly edited transcript of our radio interview.

Wood: So this phrase is a theme that’s present in a lot of your writing it is attributed to you. Did you actually say it?

Gibson: I’m sure I did. But it was something in conversation, possibly in an interview. given that I’m a sort of hoarder of my own good lines, I started — I felt it was so apt, least in regard to what I was doing that I could use it over and over.

Wood: What do you think are the consequences, even the ones you’ve laid out in your books of technology not being evenly distributed?

Gibson: In my second novel one of the characters thinks the very rich are no longer even remotely human. And she thinks that because the guy she’s talking to is like 800 pounds of cancerous human cells living immortally in an Olympic swimming pool. But he’s a very rich dude, so no one is so vulgar as to question the state of his existence. And so you have actual real life billionaire tech entrepreneurs casually announcing that they expect to live a very large time indeed because they could buy the blood of young people. And be transfused by it on a very regular basis. And they can, and they’ll pay for it and it’ll be legal. But that’s getting seriously…seriously weird.

Wood: You have said before that you’re not predicting the future, you’re just generating scenarios. Do you have a Frankenstein in there? A scenario you have come up with that you’re actually afraid will become true?

Gibson: You know, I’ve had a couple of ideas over the years that I’ve put into manuscripts and then removed them because I didn’t want to propagate the idea. For that reason I won’t tell you what they are. But I do sometimes self edit in that way.

Wood: Do you ever hope that your writing will be prescriptive?

Gibson: Not so much. I love the idea that I might write something that would cause someone to ask a question which they might not otherwise have thought to ask, and which indeed I myself never thought to ask. Because the answers that are going to save us are going to come from questions that we haven’t even thought of asking yet.

Listen to our extended interview with Gibson here. 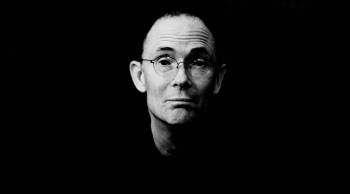