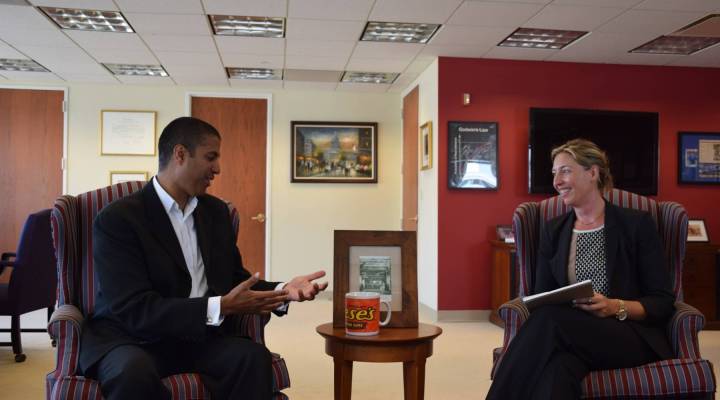 We talked with Federal Communications Chair Ajit Pai for 25 minutes — far longer than we have time for on the broadcast. He spoke about why he’s made broadband deployment a focus of his chairmanship and his first experiences with email (he wasn’t sure if it would have staying power, but came around).  He also talked about his giant coffee mug with the Reese’s logo (he doesn’t mind if the coffee gets cold), and his childhood growing up in rural Kansas, which strongly affected his thinking on the digital divide.

We’ll be broadcasting more of the interview soon, but if you want to listen to every moment of it now, here it is in a new feature called “The Source Code.”