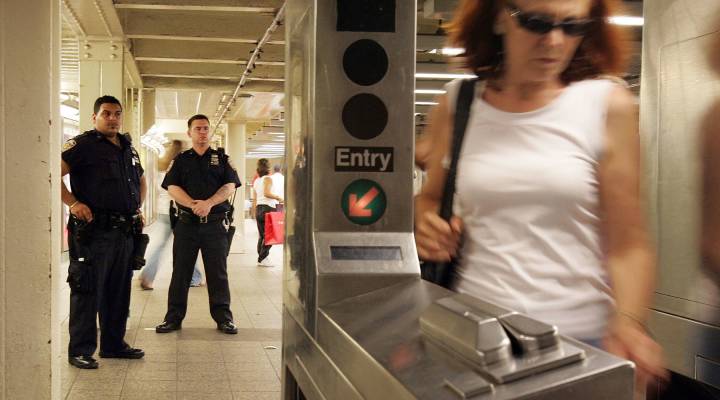 When broken-windows policing — the idea that small crimes should be strictly punished because they lead to bigger ones — got its start in New York City in the 1990s, one of its first testing grounds was the subway. Roughly 11 percent of subway riders at the time were jumping the turnstiles — not paying their fare — and the city sent hundreds of cops to crack down on the problem. Today, fare evasion is down to roughly 1.3 percent of riders. But fare evasion is the most common criminal charge in Manhattan, with nearly 10,000 arrests a year.

Vance said the same people are arrested for fare evasion over and over, which is a sign that jailing those violators isn’t effective. Starting this fall, his office will no longer prosecute the misdemeanor.

Tina Luongo, chief defender of the Legal Aid Society, said fare evasion is a matter of economics, not criminal justice.

“Most offenders aren’t looking to beat the system,” Luongo said. “It’s simply that they’ve had to make a choice between paying for the subway or going to a doctor’s appointment, taking their kid somewhere, getting to a homeless shelter or other things they need in their life.”

On the flip side, Luongo said, putting people through the criminal justice system is very expensive. The city’s Independent Budget Office estimates that prosecuting fare evasion costs the city $2,458 per arrest, not including detention costs. That comes out to more than $24 million a year. Giving offenders free subway access would cost roughly a tenth of that.

“You’re paying,” Luongo said. “You may not feel it — it may not come out of your pocket right away — but you’re paying for it.”

Vance said he’d rather have his office prosecute more serious crimes, such as domestic violence or driving under the influence. For turnstile jumping, the punishment doesn’t fit, he said.

“If you drive down the FDR Drive at 80 mph, you’re gonna get a speeding ticket,” Vance said. “And if you jump over a turnstile in midtown Manhattan, you go to jail. There need to be consequences, but they need to be proportionate.”

Detractors have argued that halting prosecution will create a subway free-for-all. Vance disagrees. He said his office has reduced intakes for minor broken-windows crimes like drinking in public by roughly 25 percent in the past four years, and that the same question was raised: Are we going to have a spike in crime?

“The answer is we haven’t,” Vance said. “The city of Manhattan has gotten safer, and I think we’ve demonstrated that there is a way forward that’s simply better.”

The outer boroughs of Brooklyn and Queens are looking into decriminalizing fare evasion as well.