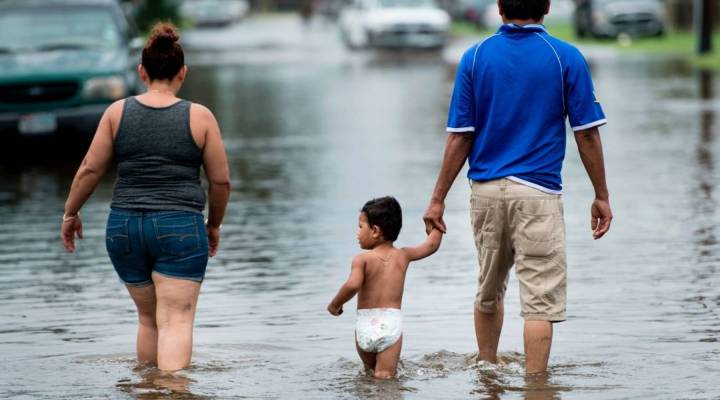 Disasters can bring out the best in people. There have been numerous stories out of Texas in the aftermath of Hurricane Harvey that will restore your faith in humanity. Ordinary people have traveled with their boats to help evacuate people and rescue pets. Others have sent money and scores of supplies to help those who lost everything. But along with the outpouring of donations and on-the-ground assistance, there are always the scams.

The National Guard had to tweet out a warning that a phone number shared on Facebook claiming to connect callers to their offices was actually for an insurance company, Foremost Insurance Group. The insurance company said it had no connection to the Facebook posts.

The National Guard is hardly alone in having to correct information floating around on the web. Disasters bring out a lot of misinformation, like a message that gets distorted in a game of telephone. Authorities in Texas have had to shoot down rumors like tap water being unsafe to drink, utilities being shut off and residents not being allowed back into the city of Corpus Christi.

Another rumor making the rounds? That Houston authorities will be checking immigration status in shelters. Simply not true, the city tweeted, in both English and Spanish.

We will not ask for immigration status or papers from anyone at any shelter. This rumor is FALSE!

And then there are the charity scammers. The United States Computer Emergency Readiness Team, a government agency, issued a statement Monday warning people about the proliferation of fake charities and phishing scams in the aftermath of the hurricane. When it comes to charitable giving, donating directly to local aid organizations that are on the ground is usually best.

The aftermath of a natural disaster and the process of rebuilding also brings out its own set of scammers. Texas Attorney General Ken Paxton warned residents ahead of the storm about “bad actors taking advantage of victims and their circumstances.” The attorney general’s office has created a hotline for residents to report cases of fraud. That hotline has already received 550 complaints. Scams that follow a disaster like Harvey include shady contractors looking to make fast money off rebuilding homes and the duplicitous sale of flood-damaged cars.